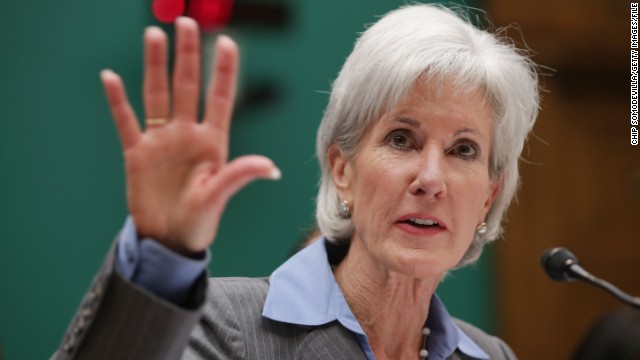 Sebelius thanks staff, warns work is far from over

Washington (CNN) - With Obamacare enrollment surpassing the key 7 million mark and the website able to handle record traffic while only experiencing some glitches, Health and Human Services Secretary Kathleen Sebelius showed her appreciation to her department's employees.

"Today, as we mark the end of the first open enrollment period for the Health Insurance Marketplace, I want to thank you for the progress we’ve made, together," Sebelius wrote the staff Tuesday afternoon in a note obtained by CNN.

This marks a moment of vindication for Sebelius, who came under withering criticism last fall for the botched rollout of the HealthCare.gov website and some calls for her resignation.

Besides the 7 million mark, she touted the expansion of coverage for millions of others: through Medicaid and a children’s health program as well as 3 million who were allowed to stay on their parents' insurance.

"I know that this law has been at the center of much debate and discourse in Washington, but what this enrollment demonstrates is that the Affordable Care Act is working and much needed," she said in the note.

The ability to meet the 7 million mark was due in part to the department's re-working of the website allowing it to handle record capacity. The website Monday saw 4.8 million visits with some traffic glitches and more than 2 million calls to call centers. This was a marked contrast to when the site first launched in October and the technology could not keep up, with Sebelius being blamed for not doing enough to make sure the site was ready.

She and the department still have not answered key questions that will help determine the ultimate success of the program; how many of those who signed up have actually paid premiums, what the mix of young vs. old enrollees are and how many of the applicants previously were uninsured.

"Our work is far from over. But I hope you will take a moment to pause and celebrate - be proud of the difference you are making in the lives of your fellow Americans," she told the staff.

On Monday Sebelius said she would be in her job for the next round of open enrollment, which begins in November. "I'm in," she told HuffPost Live.