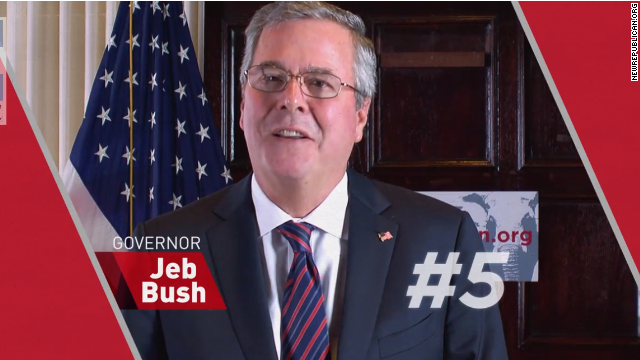 The organization was formed just over a year ago, following the 2012 election defeats, by a group of Republican veterans to refocus the party's messaging and policy goals, in an attempt to broaden the GOP's appeal beyond its traditional demographic base.

The group confirms to CNN that the ad will premiere this weekend on some of the Sunday talk shows.

"If you believe that every parent ought to be able to choose their child's school, and that the economy should be driven from the bottom up, not the top down from Washington, then you're thinking like a new Republican," says Bush in the ad.

"If you don't think the Republican party should be the party of big government, big business, or big anything, you're thinking like new Republican," adds Jindal.

Alex Castellanos, a veteran GOP strategist and CNN contributor, who was the driving force behind the group's creation last year, says that "our intent is to be disruptive and begin spreading the word that GOP principles are good for more than saying 'no' and telling people what they can't do. Our mission is to inform people that there is an optimistic, forward looking GOP out there with ideas, arguments and policies that everyone, including young voters, women, and hispanics can rally around and embrace!"

Castellanos says he hopes to run more TV commercials as the 2016 race heats up.