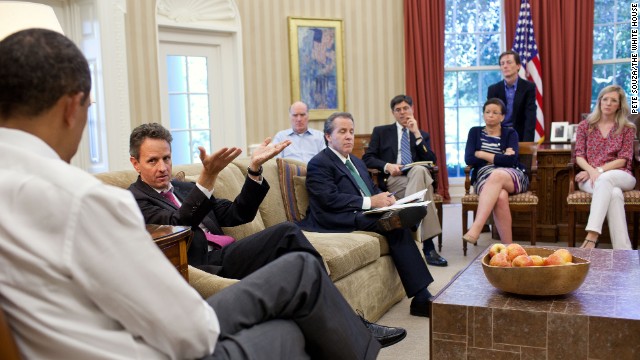 White House counsel set to leave in May

Washington (CNN) – Kathryn Ruemmler, the top White House lawyer who became a key adviser to President Barack Obama, will leave her post in May, a White House official said on Monday.

Ruemmler will return to private practice after her time serving Obama. She has advised the President on a number of delicate issues, most recently the CIA's clash with the Senate over allegations of spying on Intelligence Committee staffers.

"Kathy has become one of my most trusted advisers over the past few years," Obama said in a statement. "I deeply value her smarts, her judgment, and her wit – but most importantly her uncanny ability to see around the corners that nobody else anticipates. I will forever be grateful for her counsel and wish her only the best in future endeavors."

The White House counsel advises the President and his administration on all legal matters, including policy, legislation and ethics issues. During Ruemmler's time in the position the administration encountered a series of legal questions, including over whether the U.S. could launch airstrikes on Syria without first going through Congress, and on the legality of Obama's recess appointments.

Ruemmler, a former federal prosecutor who worked on the case against Enron, assumed the White House counsel role in 2011. She initially agreed to stay on board through the 2012 campaign, and then agreed to extend her tenure until the end of 2013. Officials say her latest May departure date is firm, but that her successor hasn't yet been chosen.

The New York Times first reported Ruemmler was planning to leave in May.