Mike Huckabee: Not 'homophobic' but on the 'right side of the Bible'

(CNN) - Mike Huckabee told an Iowa crowd on Tuesday that he’s "not homophobic," but believing marriage should be between one man and one woman is being “on the right side of the Bible.”

Huckabee, who is also a pastor, told a conservative crowd, "I'm not against anybody. I'm really not. I'm not a hater. I'm not homophobic."

END_OF_DOCUMENT_TOKEN_TO_BE_REPLACED

Trenton, New Jersey (CNN) – A New Jersey state legislative committee investigating the George Washington Bridge scandal has set a deadline of Friday for the law firm that conducted an internal probe of the matter to hand over all of its documents.

The firm hired by Gov. Chris Christie's administration - Gibson, Dunn & Crutcher –released a report in late March that cleared him of any wrongdoing.

END_OF_DOCUMENT_TOKEN_TO_BE_REPLACED

"I am thinking about it," Clinton said in response to question about the 2016 presidential election. "But I am going to continue to think about it for a while."

END_OF_DOCUMENT_TOKEN_TO_BE_REPLACED 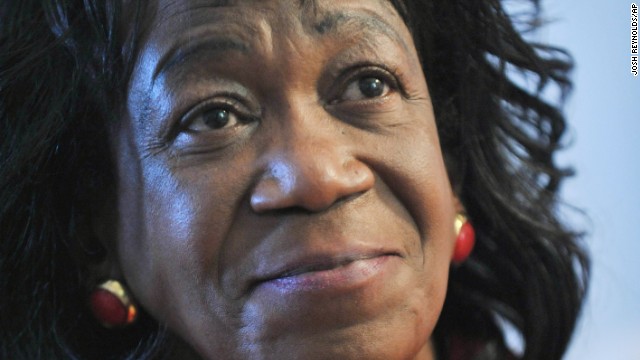 END_OF_DOCUMENT_TOKEN_TO_BE_REPLACED

RUSSIA WARNS OF CIVIL WAR IN UKRAINE … Russia warned Tuesday that any use of force in Ukraine's eastern region could lead to civil war, as Kiev seeks to regain control after pro-Moscow uprisings in three cities. …Rebels occupying Donetsk's regional government building Monday declared a "people's republic" and called for a referendum on secession from Ukraine to be held by May 11. – Laura Smith-Spark, Marie-Louise Gumuchian and Victoria Butenko

END_OF_DOCUMENT_TOKEN_TO_BE_REPLACED

(CNN) – Al Sharpton sharply denied Tuesday he did anything wrong when he disclosed information about the mafia to the FBI starting in the 1980s.

"I did what was right. I did what I was always raised in the values of a praying mother to do," he said at a news conference in New York. "And I did what I tell kids every day, all over this country what they should do, and that is deal with getting guns and crime out of their community and cooperating with the law."
END_OF_DOCUMENT_TOKEN_TO_BE_REPLACED

First on CNN: Husband on kissing congressman: ‘He has wrecked my life’

(CNN) - The husband of the woman caught making out with Rep. Vance McAllister said the Louisiana Republican destroyed his life and marriage.

"I'm just freaking devastated by the whole deal, man. I loved my wife so much. I cannot believe this. I cannot freaking believe it. I feel like I'm going to wake up here in a minute and this is all going to be a bad nightmare," Heath Peacock told CNN Tuesday.

END_OF_DOCUMENT_TOKEN_TO_BE_REPLACED

Poll: Voters dislike politicians who abuse power more than those who cheat

(CNN) - American voters dislike a politician who abuses official power more than an elected official caught in an extra-marital affair, according to a new national poll.

The Tuesday release of the Quinnipiac University survey comes one day after newly-elected GOP Rep. Vance McAllister of Louisiana apologized after a local newspaper published what it said was a surveillance video of the married congressman kissing a female staffer.

END_OF_DOCUMENT_TOKEN_TO_BE_REPLACED 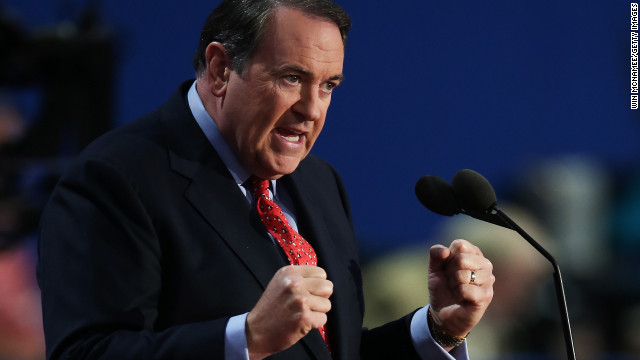 (CNN) - As he considers another bid for the White House, Mike Huckabee heads to Iowa Tuesday, the state that put the former Arkansas governor on the national political map during the 2008 presidential campaign.

Huckabee will keynote the Iowa Faith and Freedom Coalition's spring kickoff. The event is the largest annual fundraiser for the group, which is very influential with social conservative voters in the Hawkeye State.