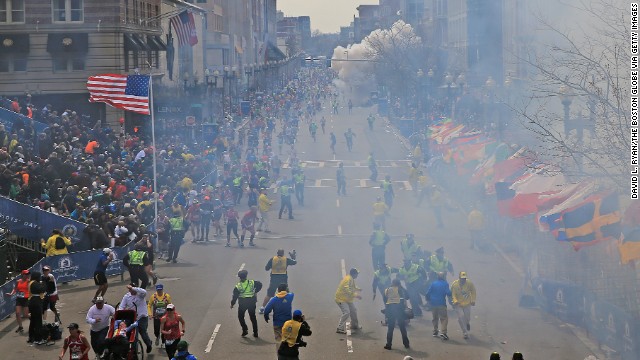 Washington (CNN) - It's rare to find an issue on which Democrats and Republicans agree, but according to a new national poll, they see eye-to-eye on how the Boston Marathon bombing investigation was handled.

An ABC News/Washington Post survey indicates that two-thirds of Americans approve of how the federal government investigated the bombings. The poll's Tuesday release comes on the first anniversary of the attacks near the finish line of the marathon, which killed three people and injured at least 264.

According to the poll, there's no partisan divide, with three-quarters of Democrats and more than six in 10 Republicans and independents in agreement.

In a separate question, 58% say they have a favorable impression of the things the U.S. government's doing to try and prevent terror attacks here at home, with 38% saying they have an unfavorable view. The survey suggests a partisan divide on this question, with 72% of Democrats but just 54% of independents and 49% of Republicans saying they have a positive view of Washington's efforts to stem terrorism here in the U.S.

Within a couple of days of the bombings, investigators identified two suspects. We later learned that they were brothers - 26-year-old Tamerlan Tsarnaev and 19-year-old Dzhokhar Tsarnaev - who emigrated from Russia to the U.S. A few days after the bombings, there was a carjacking and a shootout with police, where the older brother was run over by the younger brother as authorities tried to handcuff him. He later died from his injuries.

A city went on lockdown. A badly wounded and bloodied Dzhokhar Tsarnaev was apprehended in nearby Watertown, Massachusetts following a manhunt. He awaits trial in November. Federal prosecutors say they'll seek the death penalty. This year's marathon is set for this upcoming Monday.