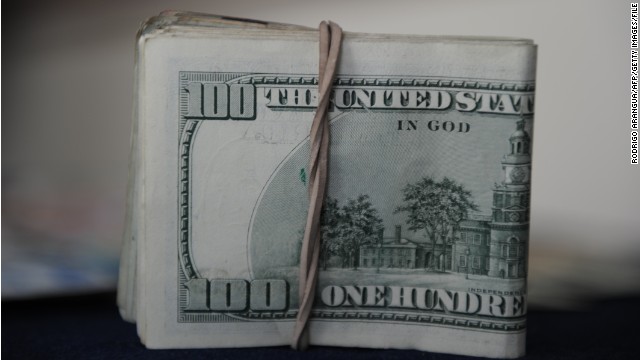 "There's no question that outside groups on both sides will once again be playing a significant role in our elections," says GOP strategist Brian Walsh, who steered communications for the National Republican Senatorial Committee during the past two election cycles.

"Outside groups have become a dominate force in House and Senate elections, and there is no sign of them going away anytime soon," adds Nathan Gonzales, deputy editor of the non-partisan Rothenberg Political Report.

Tuesday was the deadline for congressional campaigns, party committees and super PACs to report their fundraising totals from the first three months of year to the Federal Election Commission. And with less than seven months to go until Election Day, the latest numbers serve as a barometer of the influence outside groups will have in deciding the outcome of some crucial contests.

Crossroads spent heavily and was a major factor in the 2010 and 2012 races, but was extremely quiet in 2013, ceding the spotlight on the Republican side to Americans for Prosperity (AFP).

Exhibit B is the Senate Majority PAC, the leading outside group trying to help the Democrats keep control of the chamber. The group reported raising an eye popping $11.1 million in January, February, and March, bringing their total to nearly $20 million so far this cycle.

But with the Democrats playing a lot of defense in the 2014 battle for the Senate – the party is defending 21 of the 36 seats up for grabs in November, with half of those seats in red or purple states – the group has already spent nearly $9 million mostly to help out vulnerable Democrats.

Exhibit C is the House Majority PAC, the House version of the pro-Democratic Senate Majority PAC. The group recently announced that it raised a record $5.2 million during the first quarter. Add that to the more than $10 million the Democratic Congressional Campaign Committee – the official House Democratic re-election arm – reported Wednesday and you've got one impressive haul. But regardless of their recent riches, Democrats still need a net gain of 17 seats this November to win back control of the Republican-led House, a feat political handicappers say is unlikely in part due to the shrinking number of competitive congressional districts.

Arguably the most important numbers are not included in the first quarter fundraising figures. They belong to the non-profit groups – mainly the IRS designated 501(c)(4) organizations – which don't have to disclose their donors and aren't required to file quarterly figures.

One of those groups is AFP, which is backed by the deep pockets of the billionaire industrialist Koch brothers. The organization has shelled out more than $30 million so far this election cycle to run ads – most of them focused on health care – that attack Democrats and praise Republicans in key Senate and House races.

One thing's for sure – the explosion in massive spending by outside groups has occurred in large part due to a 2010 Supreme Court ruling that changed the rules and opened the floodgates. Four years later, the money continues to pour in, and it continues to make a major impact on the campaign trail.

"The money raised and spent by candidates is becoming a smaller and smaller fraction of the total spending in a race. In many races, outside groups will be driving the debate, not the candidates," says Gonzales.

But Gonzales adds that money isn't everything.

"I don't think the most competitive races in the country will be decided by money,” he said. “I think both sides will spend enough to get their message out in the top House and Senate races. Those races will be decided on the partisanship of the state or district, candidate quality, message and issues, and the political standing of President Obama.”