The senate majority leader labeled those who defended the rancher against a Bureau of Land Management cattle roundup "domestic terrorists" at a Thursday evening question-and-answer session hosted by the Las Vegas Review-Journal.

END_OF_DOCUMENT_TOKEN_TO_BE_REPLACED

New York (CNN) - When Nova Bajamonti walked into to the Lower Eastside Girls Club in New York on Thursday, she knew the day would be different. Hillary Clinton, an inspiration of hers, was coming to speak, and she was one of 60 girls allowed to attend and possibly ask a question.

But that wasn't the biggest reason Thursday's event was going to change Bajamonti's life. If called on, the 19-year-old student planned to divulge a secret she had kept for over a decade: She was an undocumented immigrant.

END_OF_DOCUMENT_TOKEN_TO_BE_REPLACED

BREAKING: OBAMACARE ENROLLMENT HITS 8 MILLION … “The repeal debate is and should be over,” President Obama said while announcing the new figures at the White House. The Republicans are “wrong to try to keep trying to repeal a law that is working when they have no alternative answer.”

… BUT HILL REPUBLICANS REMAIN UNIMPRESSED: “This law has disrupted health care for millions of Americans, sent premiums skyrocketing, limited access to doctors, and cancelled plans, and even after all of that havoc, its ability to add to the insurance rolls is based largely on the fact that it forced Americans to purchase government-mandated coverage under the threat of costly penalties from the IRS,” said House Energy and Commerce Committee Chairman Fred Upton, R-Michigan. “The administration still has not answered basic questions about enrollment and why it will not support fairness for all.”

END_OF_DOCUMENT_TOKEN_TO_BE_REPLACED

(CNN) - Chelsea Clinton announced Thursday that she is expecting her first child.

The only daughter of former President Bill Clinton and former secretary of state Hillary Clinton made the announcement while sharing the stage with her mother at a women's event in New York.

END_OF_DOCUMENT_TOKEN_TO_BE_REPLACED

Obama: Republicans 'were wrong' about Obamacare

(CNN) - President Barack Obama called on his fellow Democrats to "forcefully defend and be proud" of the fact that millions of people have signed up for health care insurance through the federal marketplaces, and faulted Republicans who are still angling to repeal the Affordable Care Act.

(CNN) - A bill allowing Kentucky GOP Sen. Rand Paul to simultaneously run for the presidency and re-election to his U.S. Senate seat in 2016 died earlier this week when the Kentucky legislature adjourned for the year.

Christie speaks with compassion on drug addiction and treatment

While Christie has frequently said that drug and alcohol abuse is an issue that has touched his personal life, he elaborated further Thursday saying he recently lost a longtime and "dear" friend to addiction.
END_OF_DOCUMENT_TOKEN_TO_BE_REPLACED

Beau Biden says he plans to run for governor in Delaware

(CNN) - Beau Biden said Thursday he won't seek re-election this year as Delaware attorney general and plans instead to run for governor in 2016.

"Over the past few months, as I've been planning to run for reelection, I have also been giving a great deal of thought to running for Governor in 2016," he said in a statement. "What started as a thought-a very persistent thought-has now become a course of action that I wish to pursue."

END_OF_DOCUMENT_TOKEN_TO_BE_REPLACED 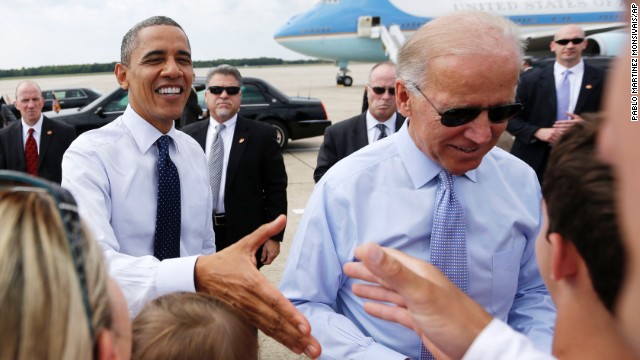 (CNN) - A new survey indicates Gov. Chris Christie, Sen. Rand Paul and former Gov. Jeb Bush would all fare about the same in a potential presidential matchup against Hillary Clinton in 2016.

According to the Fox News Poll, released Wednesday night, the former secretary of state dominates the potential Democratic presidential field, as she does in every other poll.
END_OF_DOCUMENT_TOKEN_TO_BE_REPLACED