(CNN) - The group working to keep control of the House in Republican hands raised $9.9 million in March and finished the first quarter of the year with $31 million cash on hand, according to the National Republican Congressional Committee.

Over the course of the first three months of 2014, the NRCC said Sunday it raised $21.2 million, its largest first-quarter haul since 2003.
END_OF_DOCUMENT_TOKEN_TO_BE_REPLACED

END_OF_DOCUMENT_TOKEN_TO_BE_REPLACED

(CNN) – Days before the release of her new book, Sen. Elizabeth Warren reiterated that she's not angling for a White House bid.

"I'm not running for president," the Massachusetts Democrat said in an interview that aired Sunday on CBS's "Sunday Morning."
END_OF_DOCUMENT_TOKEN_TO_BE_REPLACED 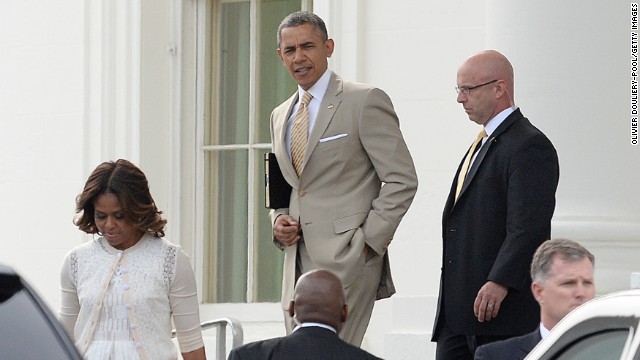 There were a number of similarities between Obama’s 2009 and 2014 appearances at the historic Baptist church, including the Reverend Dr. Derrick Harkins, who oversaw both services.
END_OF_DOCUMENT_TOKEN_TO_BE_REPLACED

Will GOP’s focus on Obamacare pay off in 2014 midterms?

(CNN) – Nonpartisan political handicapper Stuart Rothenberg said Sunday it's hard to imagine Republicans can run entirely on a platform against Obamacare from now until the November midterm elections.

"I think the cake has been baked on the (Affordable Care Act)," Rothenberg said on CNN's "State of the Union." "I don't think there are a bunch of people changing their opinions now."
END_OF_DOCUMENT_TOKEN_TO_BE_REPLACED

The "Inside Politics" Forecast: Another Governor Carter in Georgia?

1. Another Governor Carter in Georgia?: Republicans are looking to make gains coast to coast this midterm election year, while Democrats are largely on defense. But Georgia – yes Georgia – is one unlikely source of guarded Democratic optimism - in part because of two famous names on the ballot.

A crowded Republican Senate primary field could potentially help Democrat Michelle Nunn. And GOP Gov. Nathan Deal took a hit in the polls after a disastrous response to a big snow storm last year which leaves an opening for state Sen. Jason Carter.