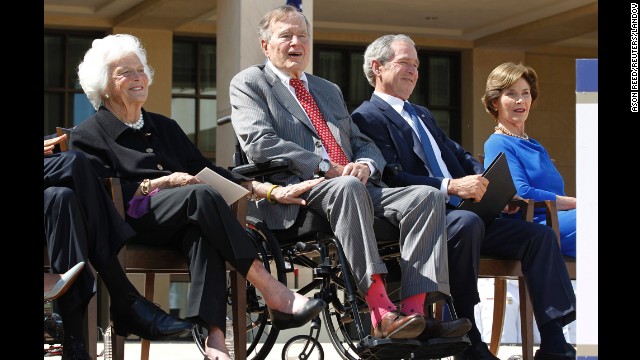 The Republican National Committee is fundraising off of a pair of striped yellow, orange, green and blue socks it created under Bush’s name.

The 41st president has gained bipartisan admiration for his trend of wearing nontraditional socks. Case in point:

And now, with the RNC's help, Bush basically has his own brand.

“I’m a self-proclaimed sock man. The louder, the brighter, the crazier the pattern - the better,” he said in an email blast from the RNC.

Donors can get the colorful pair if they contribute $35 or more. The socks are embroidered with the Republican elephant symbol and the 89-year-old’s signature.

"When Chairman Reince Priebus asked me to write to you on behalf of the Republican National Committee (RNC), I told him I’d be happy to do it. But on one condition: my letter to you had to involve socks," he said in the email.