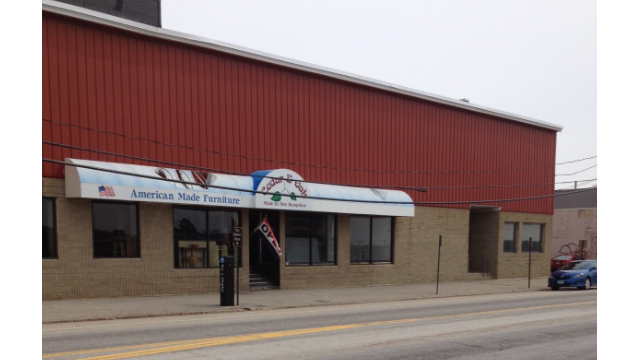 Manchester, New Hampshire (CNN) - From the outside, it looks like a plain store front that could be anywhere USA.

But step inside 379 Elm Street in downtown Manchester, New Hampshire, and you enter a building with a rich history in campaign politics. And Scott Brown is writing the latest chapter in the building's political biography.

The former senator from neighboring Massachusetts is setting up shop in the building, just a couple of weeks after he formally launched his Republican challenge against Democratic Sen. Jeanne Shaheen in this year's midterm elections.

The building on the city's major north/south downtown thoroughfare is just a stone's throw from WMUR, New Hampshire's top broadcast TV station, and just a few blocks from the heart of the Manchester, the state's largest city.

Brown is far from the first candidate to work out of the building. In 2007, then-Sen. Chris Dodd of Connecticut used the cavernous offices as his Granite State headquarters for his bid for the Democratic presidential nomination. But after a disappointing sixth place finish in the January 2008 Iowa caucuses, Dodd called it quits, just days ahead of the New Hampshire primary.

Hillary Clinton, then a New York senator, took over the space after that as she battled Barack Obama for party's nomination in a marathon and historic primary and caucus battle.

After Clinton bowed out that June, the New Hampshire Democrats used the building as their coordinated campaign office for the 2008 general election.

Two years later, then Rep.-Paul Hodes moved in, using the building as his HQ for his 2010 bid for Senate. Hodes ended up losing that year to the GOP candidate, former state Attorney General Kelly Ayotte.

The one-story building, with a cavernous unfinished empty basement, has only a few bumper stickers and other mementos left from its past political occupants. The central location, the large space, and the relatively low rent are all reasons why political campaigns are repeatedly attracted to the building.

"New Hampshire campaign offices are like bad pennies – they keep turning up cycle after cycle with different candidates. Mostly because Manchester is a small city, and everybody knows where to find large, low rent spaces with plenty of parking and easy access for volunteers," New Hampshire Republican strategist Ryan Williams told CNN.

Considering that Dodd, Clinton, and Hodes all lost their bids, Brown's campaign is hoping for better results.

"When you move into one of these well known political locations, you hope to exorcise the demons of the losing campaigns that previously occupied the space and pick up the luck left over from the winning efforts," added Williams, a key member of Mitt Romney’s 2008 and 2012 presidential campaigns who is currently advising the state Republican party and assisting Brown’s Senate bid.