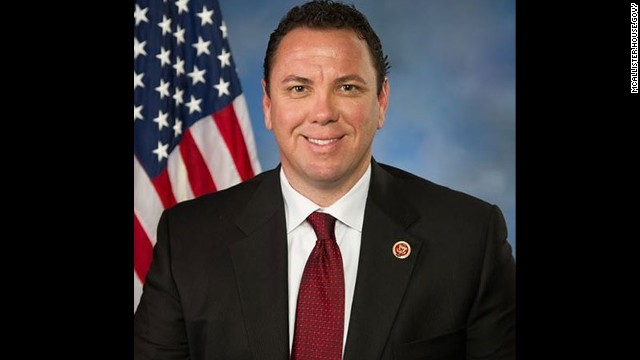 (CNN) - Republican Rep. Vance McAllister, who was caught on video kissing an aide in his office, will not run for re-election in November.

"As I've said before, there's no doubt I've made a mistake. I've failed those I care most about and let down the people who elected me to represent them. I take full responsibility for this personal failure and I'm truly sorry for what I've done. I have taken this time to reconcile with my wife and kids and I'm forever grateful for their support and forgiveness," said McAllister in a statement Monday.
[twitter-follow screen_name='politicalticker']

"The people of the Fifth District of Louisiana need and deserve a voice in Washington. Today, I am announcing that I will not seek re-election, but I will continue to be that voice and will uphold the office to which I was elected to serve for the remainder of my term,"  McAllister added.

Louisiana GOP Chairman Roger Villere, who had previously called on McAllister to resign, said in a statement he would "have liked to see Rep. McAllister close this chapter sooner" but added he "was happy to hear of his decision to do what is best for his family and his constituents."

"Now that this situation is behind us, I am confident that voters in the 5th District will choose a strong conservative candidate in November," he said.

After The Ouachita Citizen in West Monroe, Louisiana, published a surveillance video of the incident, the married Louisiana congressman issued a statement earlier this month.

McAllister was elected in a November 2013 special election to fill the vacancy left by GOP Rep. Rodney Alexander's resignation. McAllister campaigned as a Christian conservative.

He represents the state's 5th Congressional District. The filing deadline is August 22.