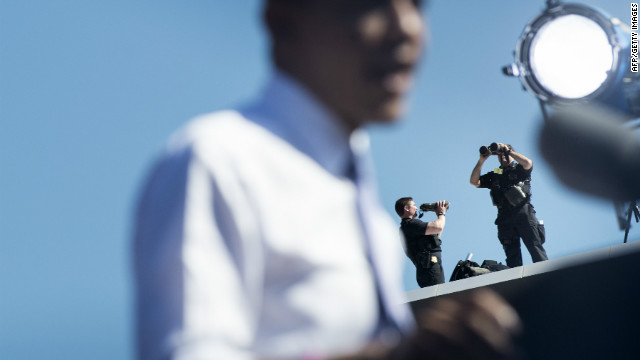 (CNN) – Secret Service agents assigned to a Washington investigative team were asked to monitor the safety of an aide to the agency’s director, the Washington Post reported Sunday, though the duties of the agents and the length of observation were disputed by a Secret Service spokesman.

The Post, in an article citing three people familiar with the operation, reported that agents within the service’s “Prowler” program went twice per day to the Maryland home of Lisa Chopey, the assistant to then-Director Mark Sullivan. In its article, the newspaper said the “Prowler” agents were diverted from patrolling the White House perimeter to instead check in on Chopey’s wellbeing.

In its report, the Post said the monitoring lasted for months in 2011 - a timespan contested by the Secret Service.

In a statement to CNN, agency spokesman Ed Donovan said the checks on Chopey’s Maryland home occurred only over the Fourth of July weekend while President Barack Obama and his family were at Camp David, the presidential retreat north of Washington. He said the monitoring came about “because of concerns for the physical safety of an employee.”

Secret Service Director Julia Pierson said in a statement that she has asked the Department of Homeland Security Inspector General to investigate the matter.

The Post reported the safety concerns stemmed from Chopey’s neighbor in La Plata, Maryland, about an hour’s drive from the nation’s capital.

“These checks were conducted over a holiday weekend and ended once the employee was able to contact the local court once it reopened,” Donovan said.

He added the “Prowler” group carrying out the checks “has no specific assignment or protective function during movements by any protectees” – a discrepancy from what sources told the Washington Post, which reported the division is responsible for patrolling the southern end of the White House campus during presidential movements.

“Prowler is not part of any protective plan,” Donovan said, adding: “Because there were no protective assets used during these checks, there was no impact on protective operations.”

The report in the Post was already fueling criticism of the Secret Service, which has come under scrutiny over the last two years for lapses in agent behavior. During a presidential trip to Cartagena, Colombia in 2012, agents brought prostitutes back to their hotel – leading to reprimands and removal from the President’s detail.

And during a trip earlier this year to Europe, agents were sent home after a night of drinking in Amsterdam.

“You have to ask if there is a leadership culture that has to be ripped out at the Secret Service,” Rep. Mike Rogers, the Republican chairman of the House Intelligence Committee, said Sunday on CBS “Face the Nation.”

“This is just one more example of a leadership failure at the Secret Service,” he said, calling the Washington Post report “very, very concerning.”
Mark Sullivan stepped down as Secret Service director in 2013. He was replaced by Julia Pierson, the first woman to direct the agency.