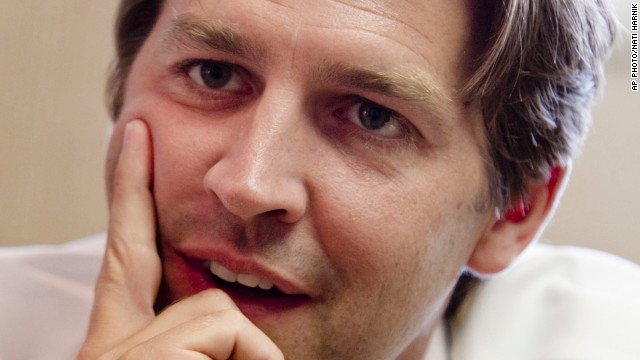 (CNN) - Tuesday is more than just primary day in Nebraska.

It also marks the end of a wild three-way battle for the state's GOP Senate nomination, which may bring relief to Nebraska residents who've been inundated with campaign commercials. More than $3 million has been spent to run ads in the race, with the vast majority of that spending coming from outside groups.

The majority of the money went to run spots backing Midland University President Ben Sasse, who has in recent weeks won the support of a dozen tea party and other conservative groups, and high-profile leaders on the right like former Alaska Gov. Sarah Palin and Sens. Ted Cruz of Texas and Mike Lee of Utah. Some polling indicates Sasse's the frontrunner in the race.

The original favorite was former state treasurer Shane Osborn, who is supported from some in the Republican establishment. The wild card in the contest is Omaha banker Ben Dinsdale, who thanks to an infusion of $1 million of his own money has surged in polling. The winner of Tuesday's GOP primary will be considered the favorite over Democratic trial attorney David Domina in the heavily Republican state's November general election. The winner of that race will succeed retiring GOP Sen. Mike Johanns.

Much of the outside spending has come in the past couple of weeks. Among the biggest spenders are the Senate Conservatives Fund and the Club for Growth, two Washington-based organizations that have a history of backing conservative candidates, including many who have challenged incumbent GOP lawmakers in primaries.

Without a horse in this race, the biggest outside spenders this cycle - Americans for Prosperity, American Crossroads, and the U.S. Chamber of Commerce, groups which tend to back more moderate Republican candidates - have stayed on the sidelines.

Those three groups spent big bucks in last week's GOP Senate primary in North Carolina, where the vast majority of the money to run ads also came from outside organizations.

All that spending in Nebraska meant viewers there got a taste of what those in battleground states have experienced for years.

"What I find interesting isn't the massive spending on its face, since that's a sign of the times, but the newness of it for parts of the country that weren't exposed to this in 2012, and in races for which people aren't used to seeing it, like a primary. Omaha saw this is 2012 because of its proximity to Iowa. But Lincoln and North Platte?" said Elizabeth Wilner, vice president at Kantar Media/Campaign Media Analysis Group, which tracks political ad spending on broadcast and national cable TV.

While national groups have flooded Nebraska airwaves and mailboxes, the race - unlike the one in North Carolina - isn't grabbing national headlines. While the race is a measure of tea party strength - a Sasse victory will give the grassroots conservative movement some bragging rights - this isn't considered a tea party vs. establishment contest.