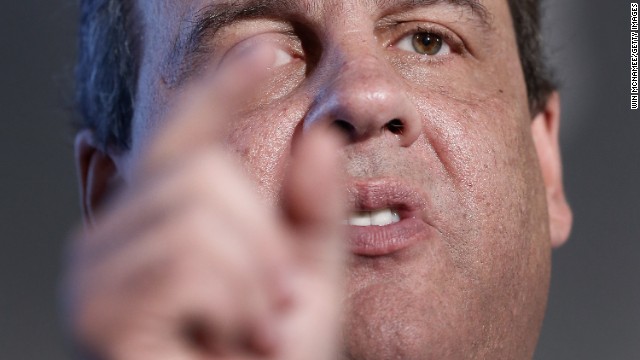 (CNN) - Gov. Chris Christie argued Wednesday that the George Washington Bridge scandal that has upended his administration will have little impact on his political future and whether he runs for president in 2016.

"I think this will be a footnote by the time any of those decisions need to be made," Christie said at an event in Washington.

The Republican governor of New Jersey has not been accused of any wrongdoing in the controversy and has repeatedly denied any involvement the decision to close access lanes to the bridge, causing massive gridlock across the city of Fort Lee, New Jersey, for nearly a week last fall.

"As far as the impact on my political future, I think it will have none, because I didn't do anything," he told CBS News' Bob Schieffer at the Peter G. Peterson Foundation's 2014 Fiscal Summit.

Christie argued he's not the first chief executive who has had to fire someone for messing up.

"I don't think that hurt anybody's career, and it's not going to hurt mine," he said.

The tough-talking governor also faulted the national news media for focusing on the scandal.

"I understand the circus that this becomes. You get 61% of the vote in a blue state in November, and then all of the sudden a couple of staff people do something they shouldn't have done. I fire them, and all the sudden this becomes the biggest story in the country for a couple of months, because I guess you guys weren't doing anything else down here, so this is what needed to be focused on, right?"

The U.S. Attorney's Office in New Jersey, as well as a state legislative committee, is investigating the incident. Christie's administration conducted its own internal probe and cleared the governor of any wrongdoing.

Former President Bill Clinton was also at Wednesday's summit. Christie tweeted a photo of Schieffer and the former president.