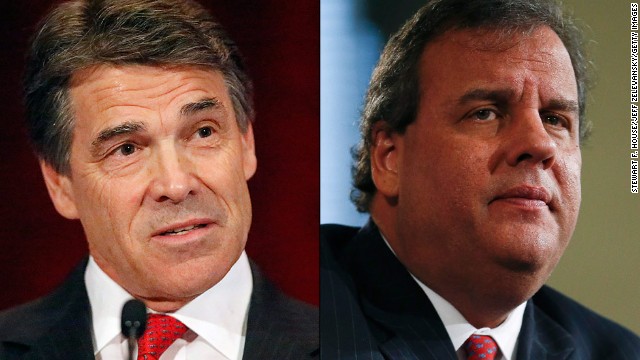 (CNN) - Gov. Rick Perry and Gov. Chris Christie, two potential 2016 presidential contenders who aren't known for being the best of friends, are set to sit at the same table at a New York event on Sunday.

The New Jersey governor will deliver the keynote address at the event, while the Texas governor is set to present for Sheldon Adelson and his wife, Miriam, who are being recognized for their roles in promoting Jewish values, according to Boteach.

Adelson is a well-known Republican donor, who spent millions in the 2012 election trying to defeat President Barack Obama.

Other high-profile names scheduled to attend and/or be recognized at the event include Democratic Sen. Cory Booker of New Jersey, actor Sean Penn, and Rep. Tulsi Gabbard, D-Hawaii.

Boteach emphasized the event is not political, but acknowledged it will include people who may disagree with each other on some issues.

"I want to talk about values, we're not going to politicize the evening," Boteach said. "I think there's something valuable to be said about rivals coming together for something that's larger than themselves."