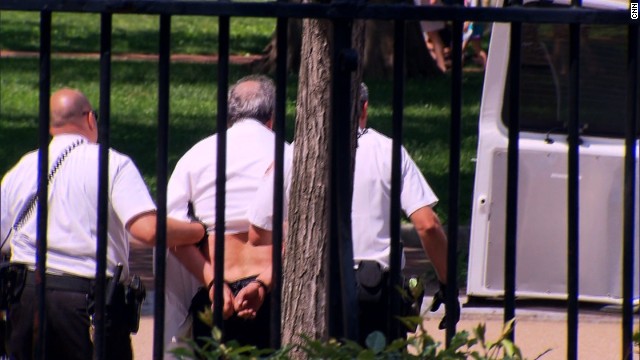 Washington (CNN) – A man stripped down naked in front of the White House on Friday and, according to United States Secret Service, assaulted an officer who attempted to subdue him.

Ogilvie described the "assault" as a "scuffle" between Bechard and an officer.

Bechard was arrested and has been taken to a local hospital for "minor injuries," according to Ogilvie.

After officers got Bechard to the ground, they put his pants back on him and covered his upper body with a white cloth. They then escorted him – his feet and hands shackled – to an ambulance.

The White House was never in lockdown because of the event.

Photos of Bechard show him standing completely naked in front of the Northwest gate.

It is unclear at this time why Bechard took off all his clothes.