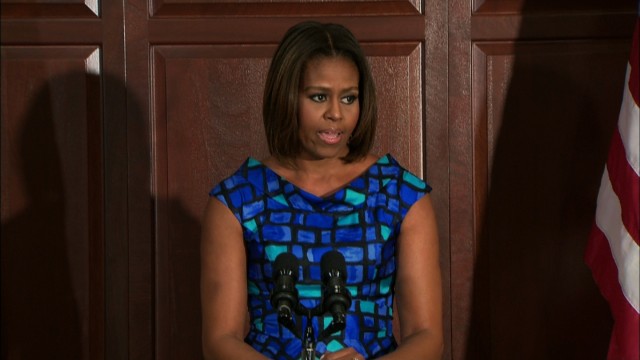 At fundraiser, first lady remembers when 'we took office'

(CNN) - With the GOP working to undo one of her policy initiatives, Michelle Obama must feel as besieged by politics as her husband often does.

The first lady admitted as much in a verbal slip Monday evening at a Boston fundraiser for the Democratic Congressional Campaign Committee.

END_OF_DOCUMENT_TOKEN_TO_BE_REPLACED

(CNN) – The seat for California's 33rd congressional district has been taken for 40 years. So when Democratic Rep. Henry Waxman announced he was retiring, it became a mad scramble to replace him, with 18 candidates crawling, jumping, and pouncing out of the woodwork.

Given that the district represents everywhere from sunny Santa Monica to tony Beverly Hills, there are some interesting candidates, along with more traditional ones such as Democratic California state senator Ted Lieu, and Democrat Wendy Greuel who came in second in L.A.'s mayoral election last year.

OBAMA’S BIG GREEN GAMBLE: DEMANDING CARBON EMISSIONS CUTS ... President Barack Obama is using his executive authority to take his strongest action yet against climate change – proposing new EPA regulations. The chief of the Environmental Protection Agency will announce a proposal Monday that would require power plants to cut their carbon emissions by 30% by 2030, a source briefed on the matter told CNN. -Josh Levs, Kevin Bohn and Erin McPike

END_OF_DOCUMENT_TOKEN_TO_BE_REPLACED

(CNN) - A challenge to Alabama's Republican-drawn legislative maps, which some civil rights and political groups say amounts to an unconstitutional racial quota and gerrymandering, will be reviewed by the Supreme Court.

The justices announced Monday they would decide whether the redrawn boundaries crowded African-American voters into fewer black-majority districts, reducing their political clout in a state where they make up an estimated 27 percent of the population.

END_OF_DOCUMENT_TOKEN_TO_BE_REPLACED 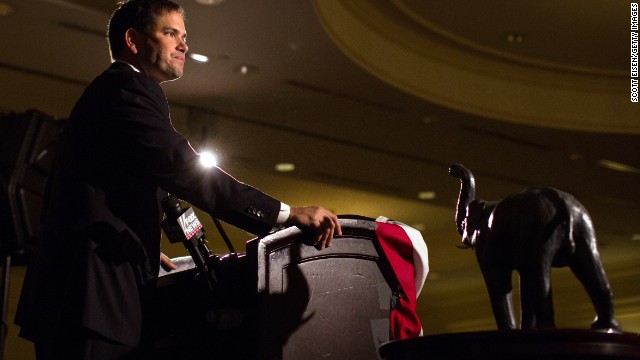 END_OF_DOCUMENT_TOKEN_TO_BE_REPLACED

The chief of the Environmental Protection Agency will announce a proposal Monday that would require power plants to cut their carbon emissions by 30% by 2030, a source briefed on the matter told CNN.