Rubio told CNN's Wolf Blitzer that President Barack Obama, by authorizing the swap, has endangered “countless American men and women in uniform across the globe."

END_OF_DOCUMENT_TOKEN_TO_BE_REPLACED 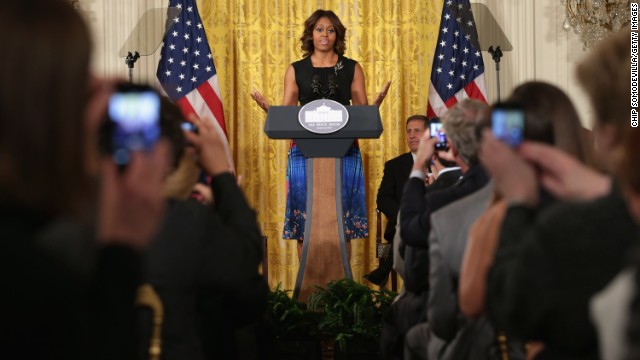 Washington (CNN) - First lady Michelle Obama announced a new initiative at the White House on Wednesday to help end veteran homelessness across the country by the end of 2015.

The Mayors Challenge to End Veteran Homelessness is a call to action for mayors and other state and local leaders across the country to make a commitment to make sure all veterans in their communities have a roof over their heads.

END_OF_DOCUMENT_TOKEN_TO_BE_REPLACED

MISSISSIPPI MUD: PRIMARY HEADED FOR RUNOFF: The race between longtime U.S. Sen. Thad Cochran and conservative challenger Chris McDaniel was too close to call early Wednesday. Both candidates appeared to be just short of the 50% threshold needed to avoid a runoff, making it hard to project a clear winner. If the numbers hold up and neither candidate gets more than half of the vote, Cochran and McDaniel will face off for a second time in a primary runoff on June 24. – Paul Steinhauser, Ashley Killough and Dana Bash

END_OF_DOCUMENT_TOKEN_TO_BE_REPLACED

Christie named 'Father of the Year'

(CNN) - Chris Christie, the tough-talking Republican governor of New Jersey, got to show off his softer side Wednesday as he accepted an award for being "Father of the Year."

"I get recognized and criticized and praised for all kinds of other things. But the most important thing I get to do every day is to be a father to my four children," he said. "And it is the most lasting and important thing that I'll ever do with my life."

END_OF_DOCUMENT_TOKEN_TO_BE_REPLACED

Washington (CNN) – A grimacing President Barack Obama, photographed at his hotel gym in Poland lifting free weights and working out on an elliptical, wasn’t in any danger from the sneaky photographer, the Secret Service said Wednesday.

An official with the agency said pictures and video of Obama working out at the Marriott Hotel Warsaw did not constitute a security breach, since all people entering and exiting his hotel would have been screened for potentially dangerous items.

END_OF_DOCUMENT_TOKEN_TO_BE_REPLACED

(CNN) - It's one of the biggest political questions in South Carolina right now: Will incumbent Lindsey Graham avoid a runoff in next Tuesday's Senate primary?

A survey released Wednesday indicates that the two-term Republican senator – who's facing off against six primary challengers – is just shy of the 50% he needs to win the contest outright. If Graham fails to top 50%, he would face off two weeks later against the second place finisher in the GOP primary.

END_OF_DOCUMENT_TOKEN_TO_BE_REPLACED

Christie to campaign in New Hampshire for GOP candidate

Christie is chairman of the Republican Governors Association, the fundraising and political organization charged with helping to elect GOP gubernatorial candidates.
END_OF_DOCUMENT_TOKEN_TO_BE_REPLACED 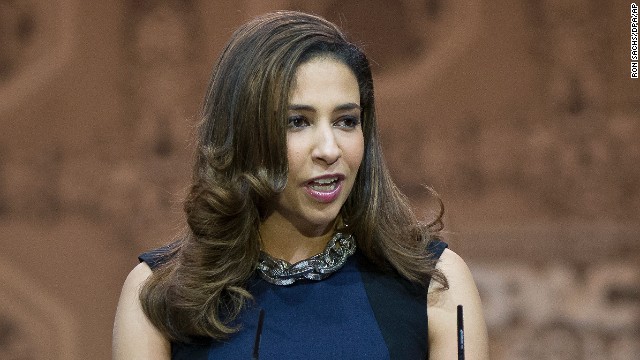 Washington (CNN) - The group founded by former Rep. Gabby Giffords and her husband Mark Kelly to help push for changes in gun laws will continue trying to counter the efforts of the powerful National Rifle Association this election year.

Group officials announced they will focus on seven key Senate races and four House re-election contests that are expected to be close.
END_OF_DOCUMENT_TOKEN_TO_BE_REPLACED