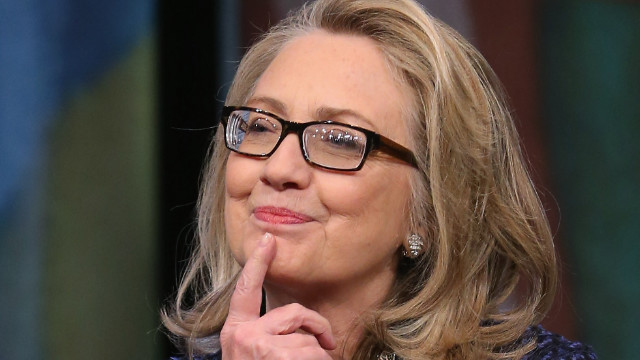 How national Republicans plan to talk about Hillary Clinton's book

Washington (CNN) - No eye-catching achievement at State. No signature doctrine. No strategy.

Those are just some of the buzzwords and phrases national Republicans are going to be using when describing Hillary Clinton's soon-to-be-out memoir "Hard Choices" and her time as America's top diplomat.

On Monday, the Republican National Committee will distribute a briefing book of talking points for a wide range of Republican-elected officials, campaigns, surrogates and pundits. With the briefing book, which is primarily a compilation of other research documents the party has released, the RNC hopes to hone the Republican message around Clinton's memoir, which is set to hit bookshelves Tuesday.

There are seven areas that national Republicans hope their communicators and politicians will focus on when talking about Clinton's book: Benghazi, Russia, the Arab Spring, Asia, Israel, Iran and her overall management of the State Department.

The 47-page book argues that Clinton, the Democratic Party's likely frontrunner for the 2016 nomination should she run, "shied away from serious diplomacy" in her time at State and attempts to use those areas to prove their point.

"It's clear Hillary Clinton is testing the waters for a 2016 run for the White House but questions continue to surface about her failed record at the State Department from Benghazi to the Russian Reset and Boko Haram," RNC Chairman Reince Priebus said in a statement.

Among the top issues Republicans hope to highlight: Benghazi, an issue they write "continues to be the defining moment of Clinton's tenure as Secretary of State."

The RNC hopes Republican communicators will hit on the fact that "those responsible for the Benghazi attack" have not been brought to justice and that a Senate report from early 2014 found that the attack was "preventable."

In a Senate report put out in January, the attack on the U.S. diplomatic compound in Libya was deemed "likely preventable" based on known security shortfalls and warnings that the security situation there was deteriorating.

The RNC has also begun a booking operation around the book, according to Kirsten Kukowski, the group's spokesman, that plans to respond to what is likely to be an uptick in Clinton coverage over the next few weeks.

So far, Clinton has agreed to interviews with ABC, NBC, CBS, CNN and Fox News. Kukowski said that the RNC has already begun urging those networks to book Republican guests in response to the former first lady.

The research book also stresses tying Clinton to Obama's foreign policy. On issues such as Russia and Asia, the book, using news stories on different issues, ties decisions that Clinton has made with Obama.

"Hillary is trying to have it both ways, trying to distance herself from Obama's failed policies that Americans don't like and using those same policies to try to run for President," Priebus said. "We are going to make sure voters have all the facts about the Clinton-Obama foreign policy."

Pro-Clinton outside groups have argued that Clinton's time at the State Department was a highlight in her career and have tried to trumpet what they see as high points, including negotiating a 2012 cease-fire in Gaza, working to kill Osama bin Laden and helping to end wars in Iraq and Afghanistan.

"In her four years as secretary of state, Hillary Clinton helped restore America’s leadership and standing in the world," Correct the Record, a pro-Clinton messaging and research group, argues on their website. "Secretary Clinton worked tirelessly to revitalize American diplomacy and strengthen alliances by traveling nearly a million miles to meet with foreign leaders in 112 countries, more than any other secretary of state in history."