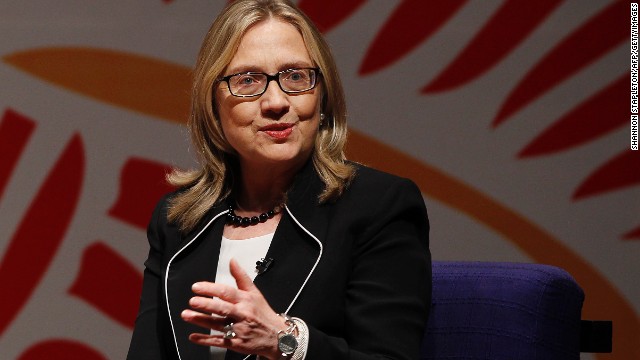 No pros and cons list yet for Clinton on 2016

(CNN) – As she weighs whether to launch another bid for the White House, Hillary Clinton described the decision-making process as fluid.

And though she says she's asked daily about a possible 2016 presidential run, she's not quite to the point of making a formal list of the reasons for and against launching a campaign.

"I'm not yet making the lists that I like to do - the pros and the cons. I'm just sort of living my life and seeing how it all feels to me," Clinton said in an interview that aired Sunday on CBS's "Sunday Morning."

How enthusiastic are Democrats about Clinton as nominee?

The former secretary of state also defended her tenure as America's top diplomat in the face of near constant criticism from the right - specifically over the 2012 attack on the U.S. Consulate in Benghazi, Libya, which resulted in the death of four Americans.

"This was in the fog of war and there were a lot of confusing pieces of information flooding into us from the very first moment," she said.

"We did our best to sort it out. I did my best to fully cooperate with the Congress. I respect the Congress' oversight responsibility. But there's a difference between unanswered questions and unlistened-to answers," she added, referring to testimony she gave before a Senate committee hearing last year.

Also on foreign policy, Clinton warned against judging the Obama administration for its decision to swap five Taliban prisoners for Sgt. Bowe Bergdahl - an exchange that's stirred up political drama in Washington.

"I don't think any of us - and even I, who served for four years in the administration - can from the outside make that judgment," she said.

Related: Romney: If Clinton runs in 2016, GOP should hit record at State