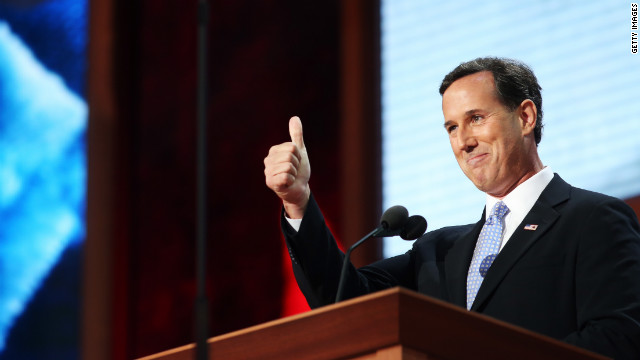 Washington (CNN) – Rick Santorum is making another primary state pilgrimage, this time involving himself in a high-profile Republican runoff election in South Carolina.

Santorum, a once and possibly future Republican presidential candidate, will appear in South Carolina on Monday to endorse Henry McMaster in his runoff campaign for lieutenant governor. McMaster, a former Attorney General, is facing off against businessman Mike Campbell, the son of the late former Gov. Carroll Campbell. The election is next Tuesday.

“Sen. Santorum is a conservative leader, guided by his faith and unwavering principle,” McMaster said in a statement provided to CNN. “I’m honored to have his support and look forward to campaigning with him in the Upstate Monday."

The two Republicans will make a trio of stops in and around Greenville and Spartanburg, including an appearance at the Beacon Drive-In, a famous greasy-spoon that’s a must-do stop for any statewide candidate.

Santorum’s decision to back McMaster is another step in an ongoing effort to ingratiate himself with the state’s Republican establishment and business community. The white-haired McMaster, known within the state’s political class as “Henry Mac,” is a former state party chairman and was John McCain’s top surrogate in the state during his 2008 presidential campaign.

Santorum, who framed himself as a grassroots insurgent during his upstart 2012 campaign, spent two days in the first-in-the-South primary state this spring, introducing himself to GOP power brokers and a variety of influential lobbyists and businessmen.