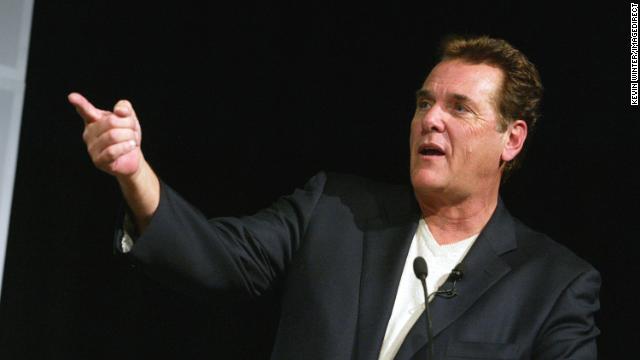 Celebrity battle on the campaign trail

(CNN) - I'll see your Brett Favre and raise you a Chuck Woolery.

It seems Mississippi's GOP Senate runoff campaign is turning into a battle of celebrities.

The latest chapter: Woolery, the longtime game show host, will headline a bus tour organized by the Tea Party Express in support of Mississippi state Sen. Chris McDaniel. He's the conservative challenger who's facing off against six-term Sen. Thad Cochran in a runoff on Tuesday. McDaniel narrowly edged Cochran in the June 3 primary, but with neither man cracking 50% (there was a third Republican candidate on the ballot who grabbed 1.5% of the vote), the contest moved onto a runoff showdown.

While Cochran is grabbing support from much of the state's Republican establishment and mainstream GOP groups, McDaniel enjoys the backing of many on the right, including many tea party and anti-establishment organizations. One of those groups is the Tea Party Express, a politically active national tea party organization best known for its many bus tours over the past five years.

Woolery, famous for hosting "The Dating Game" and "Love Connection," was also the original host of "Wheel of Fortune" before handing the duties over to Pat Sajak.

Nowadays, among other things, Woolery sends out conservative tweets.

"Chuck Woolery is a Hollywood legend who has been a strong advocate for fiscal responsibility and the U.S. Constitution. He shares a vision for America that compliments the objectives of Tea Party Express and Senator Chris McDaniel's campaign – we need a smaller, less intrusive federal government," Tea Party Express chief strategist Sal Russo told CNN.

"This was a perfect opportunity for him to get involved in a political campaign for the first time. We believe he will help bring a Mississippi and national spotlight to this race to motivate Mississippi voters to get out to the polls and national conservatives to get engaged in the political process."

Woolery's appearance on the campaign trail this weekend in support of McDaniel comes just a couple of days after pro-football legend Brett Favre, a Mississippi native, starred in U.S. Chamber of Commerce television commercial that backed Cochran.

"I have learned through football strong leadership can be the difference between winning and losing. And when it comes to our state's future, trust me, Mississippi can win and win big with Thad Cochran in Washington," Favre says in the spot. "Thad Cochran always delivers just like he did for Katrina."

Favre, who steered the NFL's Green Bay Packers to 1997 Super Bowl victory, was a high school and college football star in Mississippi.

It's not just celebrities and retired athletes who are hitting the campaign trail in the closing days of the Mississippi runoff campaign.

Former Sen. Rick Santorum, a 2012 GOP presidential candidate who may run again in 2016, campaigned with McDaniel on Thursday. And Sen. John McCain of Arizona, the 2008 Republican presidential nominee, hits the trail in support of Cochran this weekend.