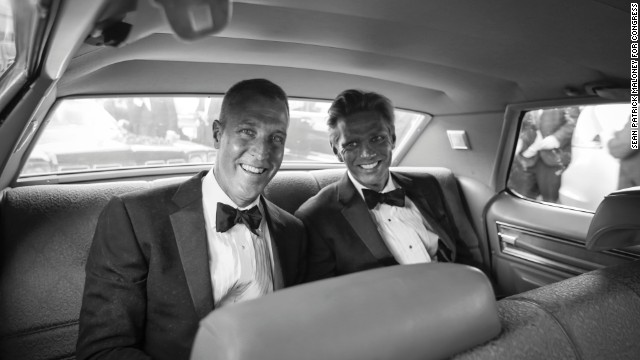 "Even after 22 years together, we're overwhelmed by how blessed we feel to celebrate this special day with our friends and family,” the couple said in a statement.

With their marriage, Maloney, 47, becomes the second member of Congress to legally wed his same-sex partner while in office. Former Rep. Barney Frank, D-Massachusetts, became the first to do so in 2012.

Maloney, a Democrat who served as a senior adviser to President Bill Clinton and now represents the lower Hudson Valley region in New York, is the first openly gay congressman from the Empire State. Florke, 51, is a real estate and design executive in New York City for The Rural Connection, Inc., the company he founded in 1996.

Congressman gets engaged to same-sex partner

The couple were married at the Church of St. Mary-in-the-Highlands in Cold Spring, where they live with their children Reinel, 24, Daley, 13, and Essie, 11.

“With our three kids by our side, this couldn't have been a more perfect day. Thank you to all our friends near and far for their love and support as we continue to fight to ensure all families can experience the joys of a lifetime commitment,” they said.

Maloney isn’t the only current member of Congress in a same-sex marriage. Rep. Mark Pocan, D-Wisconsin, married his husband in Canada in 2006 and was elected to Congress in 2012.