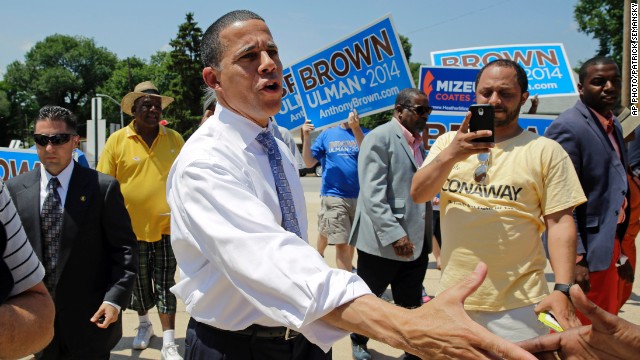 In a state dominated by Democrats, Brown will now be considered the favorite to win the general election in the race to succeed term limited Democratic Gov. Martin O'Malley. Brown was backed by O'Malley, a potential 2016 Democratic presidential candidate, as well as former President Bill Clinton.

If he wins in November, Brown would become the third African-American elected governor in U.S. history.

"As a son of immigrants, a 30-year Army veteran who served his nation in Iraq, and Lieutenant Governor, Anthony's life experiences have prepared him to lead his state," said Vermont Gov. Peter Shumlin, chairman of the Democratic Governors Association, in a statement.