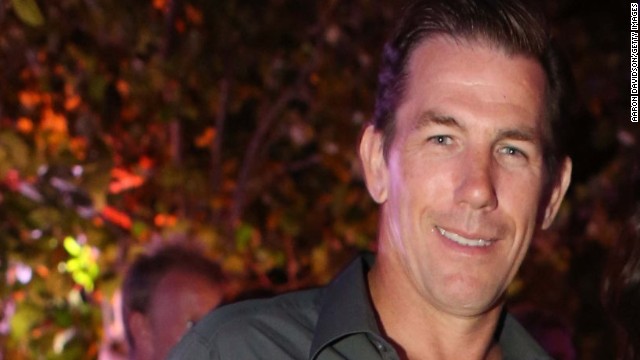 (CNN) - This year's U.S. Senate race in South Carolina might be getting a lot more interesting.

Thomas Ravenel – a reality TV star and former Republican state treasurer who was forced to resign from office after being indicted on federal drug charges – announced Friday that he would run as an independent candidate against GOP Sen. Lindsey Graham.

Ravenel made his announcement in an email to reporters, prior to attending a July 4th rally in Greenville, South Carolina.

After stepping down as state treasurer in 2007, Ravenel served 10 months behind bars after he plead guilty to federal drug charges. In his email, Ravenel acknowledged his conviction, writing that "I'm an imperfect messenger."

The email also said that Ravenel "expected to be attacked over the issue – and was ready to defend himself."

Ravenel has recently been in the spotlight for being one of the stars last season on the reality TV show "Southern Charm." Ravenel earned the nickname "T-Rav" on the Bravo series which chronicles the personal and professional lives of six friends who reside in Charleston.

In his email, Ravenel took a shot at Graham, labeling the senator a "liberal" and putting quotation marks around the word "Republican" in his description of Graham.

Graham is despised by many Palmetto State tea party activists and other grassroots conservatives, and a bunch of local GOP groups in the state have censured the senator in recent years. But Graham easily won his primary last month against six challengers.

In red-state South Carolina, Graham is considered the strong favorite in November's general election, when he faces Democratic state Sen. Brad Hutto, who won his party's primary in a landslide.

In his statement, Ravenel said, "It's time for voters across our state and this country to declare their independence from a failed two-party system – one that no longer represents their interests or the interests of Americans to come." He added that "election after election of choosing the lesser of two evils has our economy and our freedoms on a downward slide."

Ravenel, 51, said that next week he'll submit to the state's election commission the signatures needed for him to appear on the November ballot.