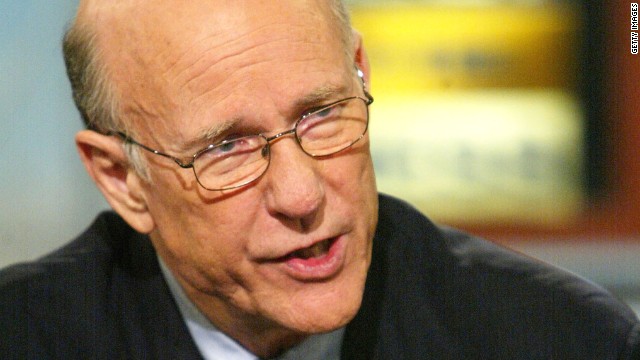 First on CNN: Roberts challenger going up with ad in new residency controversy

(CNN) - Sen. Pat Roberts' primary challenger is going up with a radio commercial that highlights what appeared to be a gaffe by the longtime Republican senator from Kansas in the controversy over his residency.

The radio spot by Milton Wolf comes as the Roberts campaign announced it's going to start re-airing a television commercial that highlighted the controversy involving old Facebook postings from the conservative challenger that included some "insensitive" comments.

For months Wolf's campaign has tried to portray Roberts as more in tune about Washington than Kansas, pointing to reports from earlier this year that the three-term senator listed his voting address at the home of two longtime political supporters who rent out a room to him. Roberts owns a rental property in his hometown of Dodge City and a home in the Washington suburbs, where he spends much of his time.

Asked about his residency during an interview on Thursday with talk radio station KCMO in Mission, Kansas, Roberts said: "Every time I get an opponent – I mean, every time I get a chance, I'm home."

The Wolf campaign was quick to capitalize on the comments by Roberts, and CNN has learned that starting Tuesday they will run a radio spot statewide that uses the Roberts audio clip three times in the one-minute long ad.

"Pat Roberts left us a long time ago, and now we need to bring him home … wherever that is. Because nobody should spend 47 years in Washington," adds the narrator in the spot.

The Wolf campaign went up with a radio spot back in February that also questioned Roberts' ties to Kansas, after the controversy over the senator's residency was first reported.

The Roberts campaign was quick to minimize the Wolf campaign's new ad buy.

Meanwhile, the Roberts campaign announced Monday that it's going to re-run statewide on broadcast and cable TV an ad that highlights old Facebook postings from Wolf in which the radiologist exposed private patient X-rays and other personal information - poking fun at the dead or wounded. Wolf was forced to admit he made "insensitive" comments.

"Dr. Milton Wolf's patients trusted him, but stunning news reports show that Wolf exposed private patient X-rays and other personal information on Facebook – where Wolf relentlessly poked fun at the dead or wounded. A Kansas City medical ethics expert called Wolf's behavior 'beyond alarming' for a professional in the field of medicine," says the narrator in the 30-second spot.

A second cousin (once removed) of President Barack Obama, Wolf paints himself as a conservative activist with the guts to stand up to the GOP establishment. As a doctor, he frequently campaigns against the Affordable Care Act and proposes his own plan that he calls "PatientCare." A leading national tea party group, the Tea Party Express, is holding a rally for Wolf on Thursday in Topeka.

Polls suggests Roberts is the clear favorite over Wolf in the August 5 GOP Senate primary.