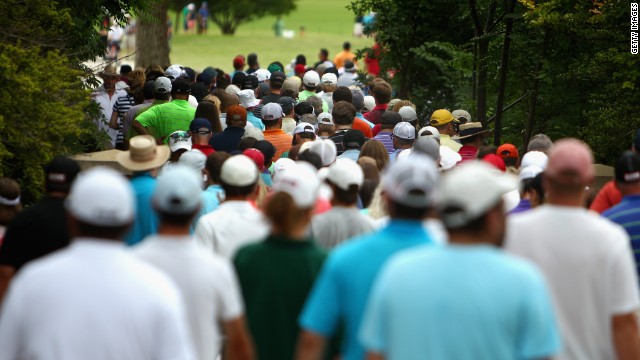 One in ten tune politics out

Washington (CNN) –– The midterm elections are just four months away, but a national poll indicates that one out of ten Americans apparently could care less.

According to the Pew Research Center's Political Typology report, 10% of the public isn't registered to vote, doesn't follow government or public affairs, and doesn't contribute to political parties.

The survey asked Americans about a wide range of political values and categorize them into eight groups, with the 10% who are politically disengaged labeled "the Bystanders."

So who are they?

"Bystanders are young (38% are under 30), and nearly a third (32%) are Hispanic. A third of Bystanders are foreign born, a higher share than any of the other typology groups, including 29% total who are not citizens," said a release by the Pew Research Center.

Only four in ten know who controls Congress

The research on the Bystanders, released Monday, also indicates they have a more favorable view of the Democratic Party than the GOP, and have a mix of conservative and liberal attitudes.

Understandably, they don't have interest in government or politics, or in business and finance. But nearly two-thirds said they are interested in celebrities and entertainment.

The Pew Research Center poll was conducted January 23-March 16, with 10,013 adults nationwide questioned by telephone. The survey's overall sampling error is plus or minus two percentage points.