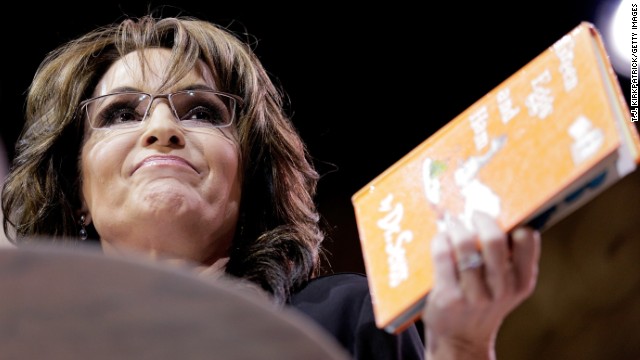 The poll's release came just a couple of days after Palin made national headlines by calling for the impeachment of President Barack Obama.

Sen. John McCain, who tapped Palin as his running mate in the 2008 presidential election, said while he "respect(s) always Sarah Palin's views," her comments might hurt Republican chances of taking control of the Senate in 2014.

Asked by reporters on Thursday if its a mistake for the GOP to pursue impeachment, McCain said "yes."

What other former politicians would voters like to keep quiet?

The NBC News/Annenberg poll was conducted June 30-July 3 and July 5-7, with 1,137 registered voters nationwide questioned by telephone. The survey's overall sampling error is plus or minus 3.4 percentage points.

Who's missing from the list? Make your nominations in the comments below.