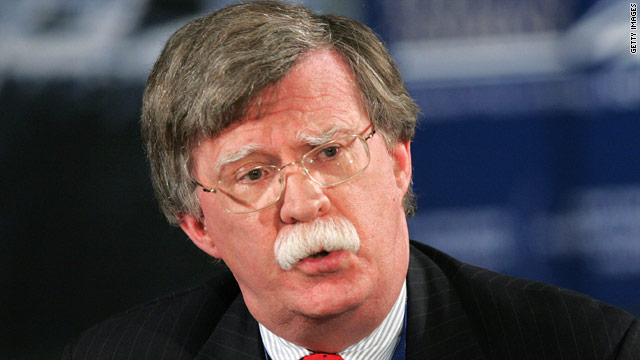 (CNN) - John Bolton's super PAC is making its first foray into New Hampshire with an online ad attacking a Democratic congresswoman for fumbling an answer on Benghazi.

A former U.N. ambassador, Bolton and his group aim to make national security a major issue on the campaign trail and is supporting Republican candidates in tight midterm contests.

Bolton, who's teased a White House run in 2016, appears in the ad that will run for a minimum of two weeks in the crucial presidential primary state.

The digital ad, the group's first independent expenditure, is set to release Thursday.

The spot slams Rep. Ann Kuster of New Hampshire for a muddled answer to a constituent's question regarding the establishment of a select committee to investigate the 2012 attack in Benghazi, Libya.

"Congresswoman Ann Kuster is clueless about Benghazi," the narrator in the video says followed by a clip of the Democratic representative faltering to deliver an answer.

"We're certainly not here to talk about it," Kuster said in the video from a town hall-style meeting.

"Having a basic understanding of the Middle East and America's security concerns in Benghazi should be a fundamental qualification to be in Congress and Ann Kuster should know better. New Hampshire deserves an informed representative who isn't afraid to take a lead on both domestic and foreign affairs."

Bolton's super PAC is spending $30,000 on the buy and said it will run for a minimum of two weeks in the state. Overall, the super PAC has raised $3 million and has $2.5 million cash on hand.

New Hampshire Democrats shot back at the outside spending.

And Bolton's efforts may not have much of an effect as Kuster leads three largely unknown GOP opponents.

Bolton himself, has contributed to a number of Republican candidates for Senate in an effort to help sway the congressional majority in the GOP's favor come November's midterm election.