What would cause Hillary Clinton not to run for president?

Posted by
By Dan Merica, CNN

Washington (CNN) – Hillary Clinton told Charlie Rose on Thursday that if she does run for president in 2016, she would have "a very specific agenda" about the future of America.

But with polls showing her as the favorite for the Democratic nomination and a cadre of groups already organizing for a prospective campaign, what would cause the former secretary of state to not run for office?

"It would be wholly personal," Clinton said, according to a transcript of the PBS show. "Because I know so much about the job and how hard it is, I am very struck by the historic nature of a campaign that I might, in the future, undertake."

END_OF_DOCUMENT_TOKEN_TO_BE_REPLACED

(CNN) - After first declining to take a position on the decision earlier this month, New Jersey Gov. Chris Christie said Thursday he backs the Supreme Court's ruling in favor of Hobby Lobby in its case against Obamacare.

Asked about his thoughts on the case at a campaign stop in Iowa, Christie unveiled his support.

END_OF_DOCUMENT_TOKEN_TO_BE_REPLACED

(CNN) - New Jersey Gov. Chris Christie blamed the Obama administration for the influx of immigrant children at the southern border, but didn't rule out the prospect of accepting children in New Jersey on a case-by-case basis.

"I have great empathy for that situation, but frankly the administration has done an awful job in securing our border, and they need to do that," Christie told reporters in Marion, Iowa, where he campaigned for incumbent Gov. Terry Branstad.

END_OF_DOCUMENT_TOKEN_TO_BE_REPLACED

Biden applauds protesters at his own speech

About 20 minutes into his speech at the progressive Netroots Nation conference in Detroit, Biden was interrupted by demonstrators in the audience who repeatedly chanted “Stop deporting our families.”

END_OF_DOCUMENT_TOKEN_TO_BE_REPLACED

Biden: Not on 'God's green Earth' was I going to stay silent on same-sex marriage

(CNN) - Speaking to an audience of progressives on Thursday, Vice President Joe Biden reflected on the moment when he came out in favor of same-sex marriage before President Barack Obama.

Biden received high praise from his introducer at the event, who complimented him on his "candor" and credited him with changing the dialogue on the issue in the White House.

END_OF_DOCUMENT_TOKEN_TO_BE_REPLACED 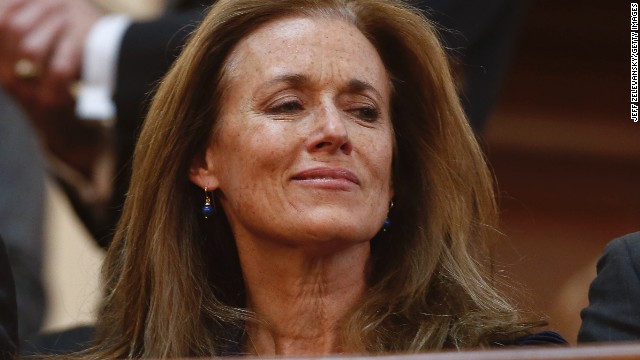 The hearing came amid questions about whether the bipartisan panel, comprised of eight Democrats and four Republicans, should even proceed with its work.

END_OF_DOCUMENT_TOKEN_TO_BE_REPLACED

And now they're at it again.