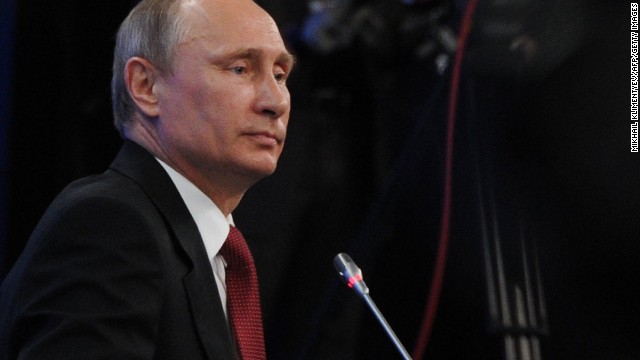 Sen. Dianne Feinstein is the chairman of the Senate Intelligence Committee. Does she believe that U.S. and Russian relations are now at Cold War levels?

Meanwhile, Rep. Michael McCaul, chairman of the House Homeland Security Committee, was asked if U.S. security is under any threat because of the situation in Eastern Ukraine.

"Oh, I mean, sure it is," the Texas Republican said. "And I think this is a game changer, what happened, the downing of this commercial flight by separatists tied to Putin. I think Putin is responsible and complicit for what happened."

He continued: "Why is that important to Americans? Because I believe ... that we are, Mr. Putin is returning to a Cold War mentality. When I was over there, you could see its nationalistic pride, a sort of resurgence to regain the glory of the old days as the Soviet Empire."

However, McCaul explained a crucial difference.

"It's not the al Qaeda threat," he said. "But it's the threat of brute force. It's the threat that could involve submarine warfare. We know that Russia's more fully engaged in every aspect of that type of warfare. And that concerns me from a homeland security standpoint."