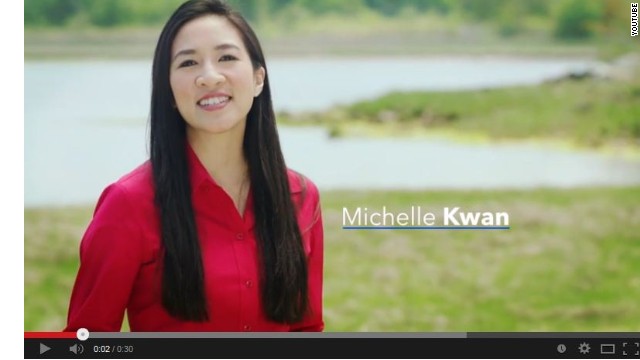 Now she's promoting something else: Her husband's political campaign.

The Olympic medalist and five-time world champion stars in a new ad for Clay Pell, who's competing in Rhode Island's crowded Democratic gubernatorial primary on September 9.

"One of the reasons I'm so excited about my husband Clay Pell's candidacy is because Clay is committed to a women's-equality agenda," she says in the new TV commercial.

Pell, grandson of the late U.S. Sen. Claiborne Pell and a member of the Coast Guard Reserve, has worked as a deputy assistant secretary in the Department of Education in President Barack Obama's administration.

He falls behind two other Democratic candidates in the polls, state General Treasurer Gina Raimondo and Providence Mayor Angel Tavares. With Rhode Island being a reliably blue state, the winner will likely fare well against the Republican nominee November.