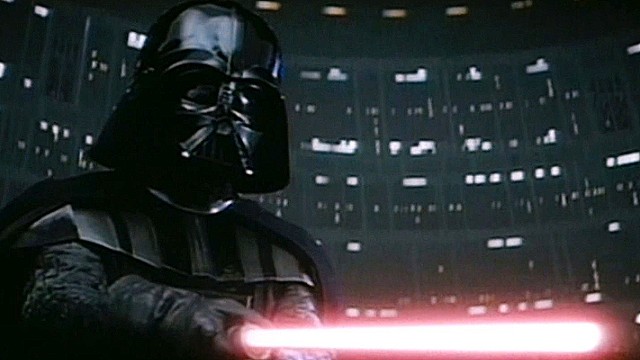 "Darth would not be my choice," she joked.

Instead, Clinton would prefer someone with a not-so-dark disposition. "Somebody of perhaps a slightly more positive attitude in his presentation," she said.

A poll from earlier this week, from FiveThirtyEight.com, showed results of who was most – and least – popular among "Star Wars" characters.  A Washington Post blog then took those numbers and compared them to favorability numbers of potential 2016 presidential candidates.

In the Post's analysis, Clinton was the front-runner of any politician on this planet, though she still trailed Vader. Republicans Mike Huckabee and Sen. Rand Paul trailed her.

Amid her laughter, Clinton offered a somewhat serious answer.

"I think the deeper meaning is that people love fantasies," she said, highlighting Americans' frustration "with the gridlock in Washington."