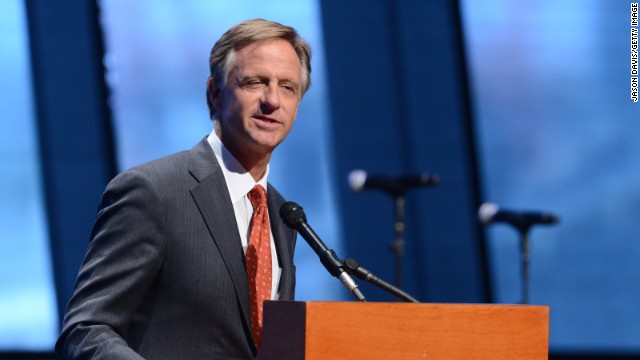 Haslam, a Republican, said he raised the issue of the border crisis, which has seen thousands of unaccompanied minors cross the southern border, two weeks previously at a meeting of the National Governor’s Association with HHS Secretary Cynthia Burwell and asked to be directly informed of any relocation of unaccompanied minors to his state.

He is primarily concerned about the burden the unaccompanied minors will place on the state’s resources.

In the letter, Haslam wrote, “Although solving the border crisis is a federal responsibility, this influx of immigrant children could have a significant impact on state and local governments.”

The letter also emphasized Haslam’s concern about the health status of the children relocated to Tennessee, the immigration status and screenings of the children’s sponsors, and how long the children are expected to stay in his state.

Other governors have expressed similar concerns about the placement of unaccompanied minors in their states. The day before Haslam sent his letter to the President, Georgia’s Gov. Nathan Deal sent a similar letter calling it “unconscionable” that the federal government “failed to pick up the phone, email or send a letter” informing the governor of the presence of unaccompanied immigrant minors in his state.

Notably, Maryland Gov. Martin O’Malley, a Democrat, engaged in a public spat with the White House about the placement of minors in a facility in western Maryland, which eventually was taken off list of sites HHS was considering.