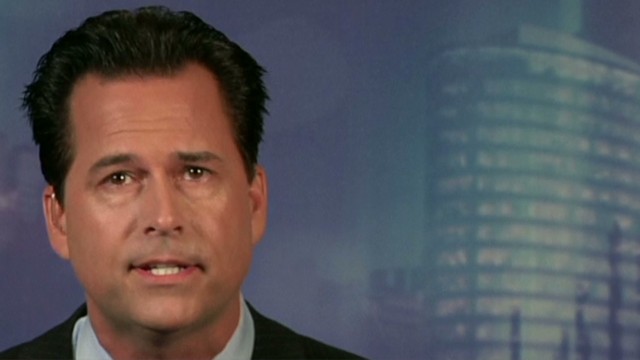 (CNN) - You don't see this every day on the campaign trail.

With less than a week to go until primary day in Kansas, Republican challenger Milton Wolf confronted Sen. Pat Roberts in hopes of debating him.

They crossed paths on a sidewalk in downtown Emporia as the three-term GOP senator was meeting local business owners.

"You have said it multiple times in multiple places. You tell us that you are tough and you’re tested and trusted. And I want you to keep your word on that, I want you to debate. I think Kansans deserve it."

Wolf has been adamant about challenging Roberts to a debate, but Roberts has repeatedly declined.

"This is not the time," Roberts responded.

"We have a regularly-scheduled event, a listening tour event. This is not the time."

"When would be the time senator, because I'll go anywhere you'd like. You've given your word to debate. Let's just debate," continued Wolf as Roberts walked off.

Asked why he won't debate, Roberts’ campaign spokesman Sean Fitzpatrick said that "the question's not about debating."

"The question is about an immature candidate with a desperate campaign, an unethical candidate pulling stunts like he did today. When you're 20 points down, these are the kind of desperate stunts you pull," Fitzpatrick said.

Roberts is seen as the heavy favorite in the nomination battle, with a large double digit lead in the most recent poll. But that survey also indicated Wolf making gains. A couple of other minor candidates are also on the ballot.

A second cousin (once removed) of President Barack Obama, Wolf has painted himself as a conservative activist with the guts to stand up to the GOP establishment. He has the backing of some tea party groups and anti-establishment organizations.

So far, the race has been defined largely by personal attacks on both sides.

For months, Wolf's campaign has been attacking the senator over a controversy involving Robert's residency in Kansas. Wolf's campaign has run ads that highlight reports from earlier this year that Roberts listed his voting address at the home of two longtime political supporters who rent a room to him.

Roberts owns rental property in his hometown of Dodge City and a home in the Washington suburbs, where he spends much of his time.

Meanwhile, the Roberts campaign has slammed Wolf, a radiologist, for comments he made on Facebook exposing private patient x-rays and other personal information.

Wolf was forced to admit he made "insensitive" comments.