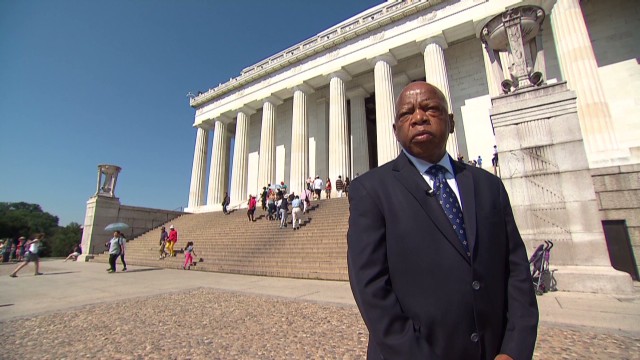 49 yrs ago today, the Voting Rights Act was signed into law. President Johnson gave me one of the pens he used. pic.twitter.com/Z3h320lcxR

In the 1960s, Lewis chaired the Student Nonviolent Coordinating Committee, leading the push to register African-American voters across the South.

His non-violent tactics were often met with brutal opposition.

As about 600 protesters began their march from Selma to Montgomery in March 1965, police officers and Alabama state troopers fell on the group with clubs, whips and tear gas.

Lewis suffered a blow to the head from a state trooper during the march, and fractured his skull.

The attack marked a turning point in the Civil Rights movement. Lewis later testified at a federal hearing about the march and, days later, thousands of marchers set out again - this time protected by National Guard troops.