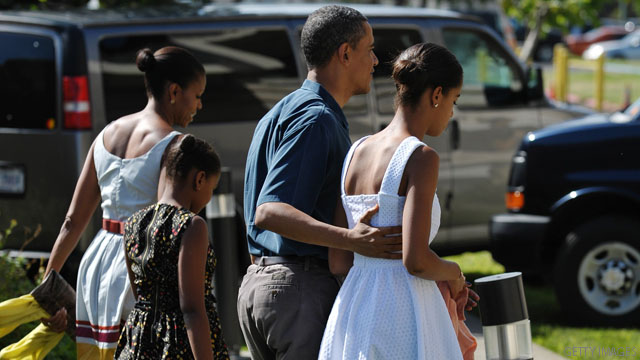 Obama to break up vacation with return to Washington

(CNN) - His past vacations have been interrupted by fights with Congress and foreign unrest.

This year, President Barack Obama is planning ahead, budgeting some work time into his two-week-long summer vacation on Martha’s Vineyard. Instead of spending the full span on the island, Obama will return to Washington for two days to attend meetings before heading back to the Massachusetts resort.

The President departs for Martha’s Vineyard on Saturday, and will fly back to Washington, D.C. a week afterwards, on Sunday, August 17. He’s slated to resume his vacation on Tuesday, August 19, returning again to the White House five days later.

Obama and his family have vacationed on Martha’s Vineyard every summer of his presidency except 2012, when he was running for re-election. In the past he’s spent only one week on the island.

His activities typically include golf, biking and taking his wife and daughters out to eat. This year he’ll also help raise campaign cash for Senate Democrats during an August 11 fundraiser.

As did all of his predecessors, Obama has withstood criticism from political rivals for taking vacations, though aides say he’s able to conduct his job from wherever he is using secure equipment.