JUST IN … U.S. MILITARY LAUNCHES SECOND ROUND OF AIRSTRIKES IN IRAQ:  The U.S. military has begun a second round of airstrikes against ISIS near Irbil, U.S. officials told CNN on Friday afternoon. News of the latest airstrikes came just after the governor of Irbil, Nawzad Hadi, told CNN that ISIS fighters may be as close as 30 kilometers to Irbil. Air strikes are "very important" because ISIS fighters are well armed and are outgunning the Kurdish forces, thanks to the weapons the militants seized from the Iraqi military in Mosul, Hadi said. During that second airstrike, four U.S. fighter jets struck an ISIS convoy of seven vehicles, according to Pentagon spokesman Rear Adm. John Kirby. The warplanes dropped four laser-guided bombs, Kirby said.
END_OF_DOCUMENT_TOKEN_TO_BE_REPLACED 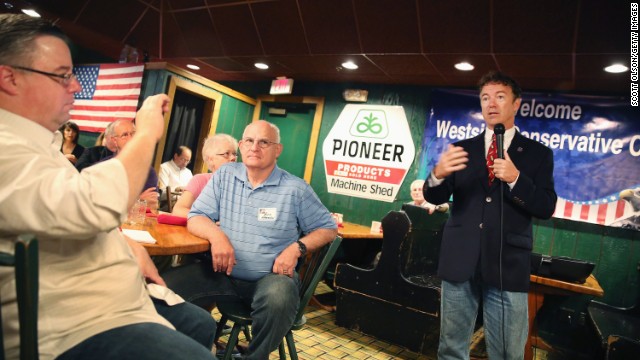 URBANDALE, Iowa (CNN) - Rand Paul wears his political ambition for all to see. Look no further than the tie he sported during a three-day trip to Iowa. It had yellow images of corn, the crop that epitomizes politics in the first-in-the-nation caucus state.

"And by coincidence, I have one in the shape of South Carolina," the Kentucky Republican said Wednesday, drawing laughs.

He was speaking at a Republican breakfast outside Des Moines at Machine Shed, a Midwest restaurant chain where the waiters wear overalls and drinks are served in Mason jars.

Washington (CNN) - Taj Magruder has never voted for Hillary Clinton. He has no connection to her paid staff. And he is not collecting a paycheck from a cadre of groups anticipating a Clinton presidential run in 2016.

All of this bothers him.

Magruder, a 23-year-old "Clinton-ologist" from Pennsylvania, devotes much of his online life to supporting, defending and responding to her every move. 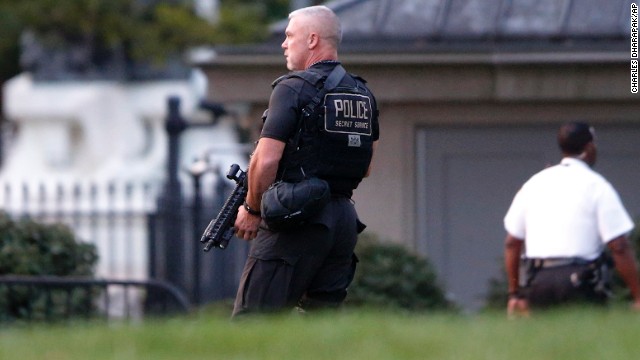 (CNN) - President Barack Obama was about to address the nation on Iraq Thursday night when the briefing was delayed because of a security breach on the North Lawn of the White House.

But this wasn't your normal breach, this was one of a pint-sized variety.

Washington (CNN) - Four decades after President Richard Nixon resigned, a slight majority of Americans still consider Watergate a very serious matter, a new national survey shows. But how serious depends on when you were born.

The CNN/ORC International poll's release comes one day before the 40th anniversary of Nixon's resignation on August 9, 1974. With the Watergate scandal escalating, the second-term Republican president had lost much of his political backing, and he faced almost certain impeachment and the prospects of being removed from office by a Democratic-dominated House and Senate.

END_OF_DOCUMENT_TOKEN_TO_BE_REPLACED

With nearly all precincts accounted for, Alexander held off Carr with just under 50% of the vote while Carr received just over 40%, according to the Associated Press.