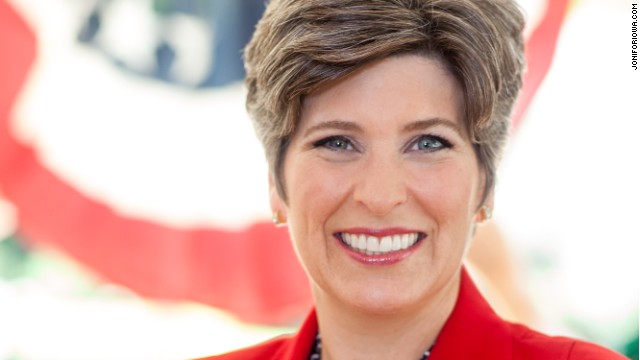 Senate candidate Joni Ernst says she was harassed in the military

(CNN) - Iowa Senate candidate Joni Ernst said Friday she was sexually harassed during her time in the military.

Currently a Republican state senator and lieutenant colonel in the Iowa Army National Guard, Ernst told various news outlets that she experienced unwanted attention while serving in the Army and, if elected, will work to overhaul how sexual assault cases are handled in the armed forces.

“I had comments, passes, things like that,” Ernst told TIME. “These were some things where I was able to say stop and it simply stopped, but there are other circumstances both for women and for men where they don’t stop and they may be afraid to report it.”

CNN reached out to Ernst's campaign to confirm the comments.

She is slated to speak on the issue of sexual assault in the military at the Iowa Federation of Republican Women’s Diamond Anniversary dinner on Friday.

In a statement, Ernst said she would work with Democratic Sen. Kristen Gillibrand of New York who's been pushing for legislation to take the authority for prosecuting sexual assault in the military out of the chain of command - a position Ernst said she backs.

In that statement, Ernst also acknowledged the inevitable hurdle of gaining support for this position within the Republican Party.

"This will not be an easy challenge. I understand many in my own party in Washington will oppose this plan, as will many in the military and Pentagon," she said. "However, this should not be a partisan issue, and as a woman in uniform, I know that we must act now.”

Ernst told the Des Moines Register that she's "...not doing this to go against (her party)"

"What I am doing is saying: 'This is a problem. It has not been resolved in the past couple decades. If we were handling it properly in the military, we would not have the issues that we have today,'" she said.

The issue has become a major concern for the Pentagon.

Figures released by the Defense Department in May showed a sharp year-over-year increase in the number of sex assault reports in the military. The Pentagon said the 50% jump was largely due to steps to encourage more people to come forward.

Congress has taken steps to address the matter, including legislation approved by the Senate this year that would impose modest reforms to strengthen prosecution.

But Gillibrand's proposal to remove commanders from deciding whether subordinates should be prosecuted was not adopted.

If elected, Ernst would be the first female combat veteran in Senate history. She severed as a company commander in 2003 in Iraq.

Polls show that she’s in a tight race with Democratic Rep. Bruce Braley in the battle to succeed longtime Democratic Sen. Tom Harkin, who is retiring at the end of the year.

If the Republicans can flip Harkin's seat and five other Democratic held seats, they would win control of the Senate.