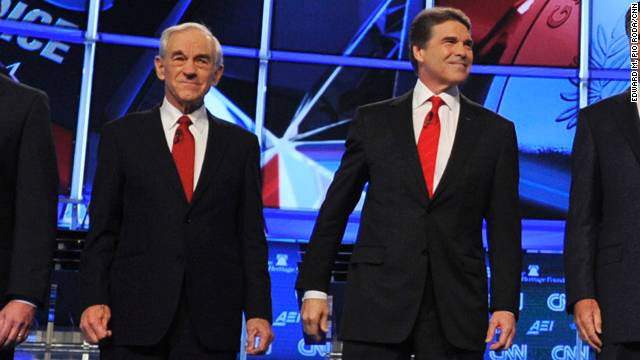 (CNN) - Ron Paul is no fan of Gov. Rick Perry, but the three-time presidential candidate is coming to the side of his fellow Lone Star State Republican.

Some on the right view the indictment as a blatant political ploy.

"This is pure politics, I tell ya. This is really a joke," Paul told MSNBC's Andrea Mitchell on Monday.

The former Texas congressman made sure to mention that he doesn't "generally defend our governor very much," saying Perry's record on civil liberties and foreign policy is "a disaster."

But in this case, he added, "the abuse of power comes more from the DA's office than the governor's office."

The case centers on Perry's June 2013 veto of the $7.5 million budget for the unit run by Lehmberg after she refused his demand to resign following her drunken driving arrest and conviction.

Perry faces accusations of coercion of a public servant and abuse of his official capacity, but he said he has no regrets about his decision and vowed to fight the indictment.

Paul, who ran against Perry and several others for the 2012 Republican presidential nomination, also addressed the growing national debate over the militarization of police forces, brought to light by the recent events in Ferguson, Missouri.

Paul did not speak about his son, Kentucky Sen. Rand Paul, who is considering a presidential run in 2016 and who penned an opinion piece last week with similar thoughts about the militarization of police forces.