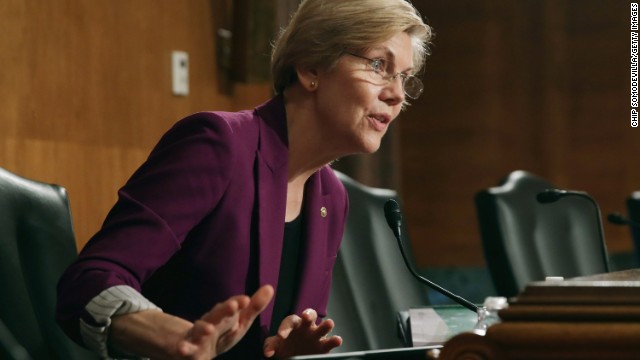 Washington (CNN) – Elizabeth Warren is not Ready for Warren.

In a letter to the Federal Election Commission Friday, Warren fully disavowed herself of Ready for Warren, a super PAC with the explicit goal of encouraging the liberal Massachusetts senator to run for president in 2016.

"The senator has not, and does not, explicitly or implicitly, authorize, endorse, or otherwise approve of the organization's formation or activities," attorney Marc Elias said in the letter.

"To the contrary, Senator Warren has publicly announced that she is not running for president in 2016," he said.

The letter also states that Warren hopes "this organization will focus its attention and energy on maintaining Democratic control of the U.S. Senate and not confuse donors about a non-existent run for President."

Erica Sagrans, the Ready for Warren's campaign manger, told CNN the group of devotees was undeterred.

"I don't think there's anything new in this letter, and we're continuing with our campaign to draft Elizabeth Warren to run for president in 2016 because we believe she's the best person for the job," Sagrans wrote in a statement.

Responding to the Warren letter's call for focus on the midterms, Sagrans said the group will be focused on that effort and "completely agree with Senator Warren that maintaining Democratic control of the Senate in 2014 is what we need to focus on this fall."

Ready for Warren was started earlier this year in response to liberal excitement around the senator's possible candidacy in 2016 and he registered as a super PAC earlier this month.

The group is a direct response to what many liberal organizers say is an assumption of inevitability among the cadre of groups and political operatives organizing for a possible Hillary Clinton campaign.

The name itself is a play on Ready for Hillary, a group organizing for Clinton.

Her disavowal of the super PAC urging her to run sets her apart from Clinton. Ready for Hillary has received tacit support from people close to Clinton and the former secretary of state has not told the group to stop.