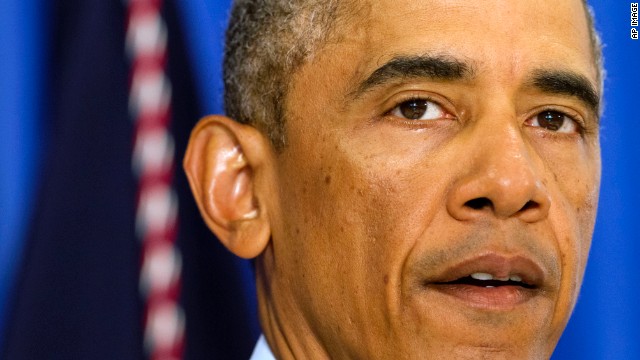 In the wake of the beheading of American journalist James Foley, administration officials made clear that they are shifting from defensive operations against ISIS in Iraq to weighing an attack on ISIS where they are strongest, in Syria. But politicians on both sides of the aisle are impatient for the President to construct a plan and consult with Congress on what many see as an imminent threat from ISIS, which calls itself the Islamic State and is called ISIL by some U.S. government officials.

“Do they have the capability to hit the homeland? I would say yes. It's about time now to assume the worst about these guys rather than to underestimate them,” Sen. Lindsey Graham, R-South Carolina, said on CNN’s “State of the Union.”

“They're in competition with the other jihadist groups, and the gold medal will be awarded to the group that can hit America.”

However, as Republicans call for increased force, some Democrats caution that extensive intelligence gathering and strategizing is essential for any offense to be effective.

Reed also emphasized that any U.S. strategy needs to include political stability in Iraq.

“ISIL is taking advantage of the alienation of the Sunni community in Iraq, to move through them to get support, to get assistance. We have to separate that, and that can only be done through the leadership in Baghdad through the Iraqis themselves.”

Sens. Graham and McCain also recognized work must be done before taking action in Syria but called on the President to accept that the administration’s counterterrorism policy is failing.

The administration has defended the strategy and questioned partisan hindsight, pointing to the success of ongoing airstrikes in Iraq and partnership with Iraqi forces on the ground.

“We’ve been watching this group for quite a long time here - assessing its strength and working with partners on the ground particularly in Syria, the moderate opposition, to help them develop capabilities to go against ISIS,” State Department Deputy Spokesperson Marie Harf told CNN.

“We are actively looking at what other options we have, what other tools we can use now to try to degrade this terrorist group's capability.”

However, the video showing Foley’s death has served as proof for many politicians that far more robust actions against ISIS are needed.

“This has been festering for the last year, and now it's culminating with the killing and beheading of an American journalist, which I think is a turning point for the American people. It has sort of opened their eyes to what ISIS really is, the true character of ISIS, how savage they really are, and their intent to harm Americans,” Rep. Michael McCaul, R-Texas, said on ABC’s “This Week.”

For McCain, the video served as condemnation not just of Obama’s handling of ISIS but of wider international security concerns.

This response to the video was not limited to American officials, as British Ambassador to the U.S. Peter Westmacott said on NBC’s “Meet the Press.”

“The brutal murder of James Foley has to some extent galvanized opinion, and maybe governments, to make us feel that we have got to actually look afresh at what more we can do with our regional partners - not just on our own - to fight back.”

While European and Middle Eastern countries assess the threat to their own citizens, the administration will have to work with Congress as it formulates any sort of long-term plan against ISIS. Some congressional Republicans have indicated that they are open to a dialogue with the White House.

“We have to address as the Congress where the defense budget is right now, because there is a disconnect with sequester from the threats that we face around the world and the resources we are going to need to fight this threat,” Sen. Kelly Ayotte, R-New Hampshire, said on CBS’ “Face the Nation.”

“I do think Congress can be brought together. First it starts with presidential leadership, but the Congress has to recognize and listen to what our defense officials are saying.”