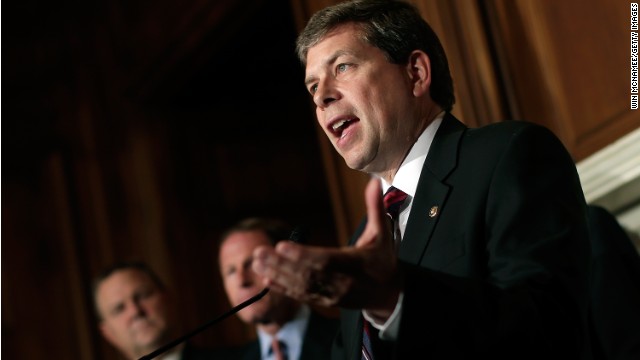 The drama over the Willie Horton-style ad is the latest development in a tight Senate race that could determine the balance of power in the Senate.

On Friday, Begich's campaign released an ad featuring a retired Anchorage police sergeant standing at the scene of a horrific crime in 2013, in which a man named Jerry Active is accused of beating an elderly couple to death, then sexually assaulting the couple's 2-year-old granddaughter as well as the girl’s great-grandmother, who has dementia.

Active had previously been sentenced to four years in prison for a 2009 sexual assault attempt, a sentence that should have been eight to 15 years but was shorter because the state failed to identify a prior felony conviction, according to the Anchorage Daily News.

While the retired sergeant in the ad, Bob Glen, doesn't mention any specific names in the spot, he describes the grisly acts and accuses Sullivan, who was Alaska's attorney general at the time of Active's plea bargain, of letting "a lot of sex offenders get off with light sentences."

"One of them got out of prison and is now charged with breaking into that apartment building, murdering a senior couple and sexually assaulting their 2-year-old granddaughter," Glen says in the ad.

Sullivan's campaign quickly put out an ad of its own, called "Shameful," with the GOP candidate rebutting the claims in the initial ad that Sullivan is soft on sex offenders.

Sullivan’s campaign also released a timeline that points out the sentencing mistake was made by the state before Sullivan was appointed attorney general in June 2009. (Begich's campaign, however, noted Sullivan's name appears on the plea agreement that was issued in March 2010.)

Family demands the ads be taken down

After both ads aired, an attorney representing the victims' family asked the candidates to take down the spots, saying the publicity about the case could affect the trial, which is scheduled for September.

Sullivan's campaign issued a notice to Alaska television stations on Sunday, asking them to remove the counter-ad because it references the case. Monday night, it removed details about the case, including Active's name, from its website.

A spokesman for Begich’s campaign said the team is modifying the ad “to remove any potential reference to the pending criminal case."

Monday morning, his campaign removed material about the ad and asked television stations to replace the current ad with an older campaign ad until the ad at issue had been changed.

Still, the family's lawyer, Bryon Collins, issued a letter Monday demanding Begich to "unconditionally order the removal of ALL ads and references to anything to do with the case," either directly or indirectly.

Collins later communicated privately Monday that he approved of the actions taken by Begich to remove references to the case, according to Begich's campaign.

Collins did not return calls from CNN.