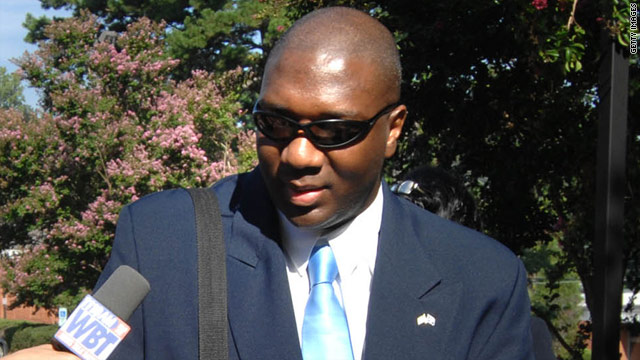 Washington (CNN) - Surprise candidate Alvin Greene was soundly defeated in his second bid for elective office on Tuesday. He captured only 37 votes or just about one percent of the 3,892 cast in a Democratic primary to fill a state legislature seat to cover an area including his hometown of Manning, South Carolina. 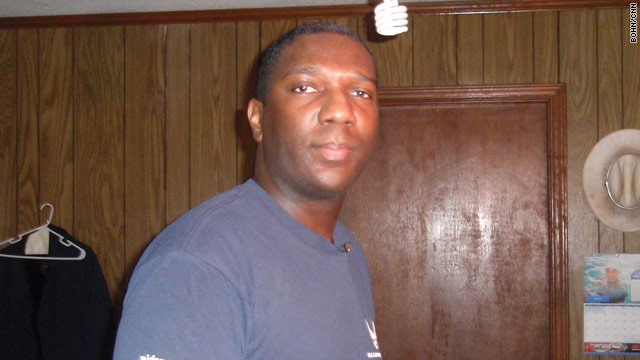 Alvin Greene on the ballot again

Washington (CNN) - South Carolina Democrat Alvin Greene, who was soundly defeated in his attempt to unseat Sen. Jim DeMint last November, is giving electoral politics another try. He is one of four candidates on the ballot Tuesday trying to win the Democratic nomination for a state legislature seat so he can represent the area surrounding his hometown of Manning.

When reached at his home Tuesday morning Greene repeatedly said "I have no comment" on his race.

"So far so good. I feel okay," he added.
END_OF_DOCUMENT_TOKEN_TO_BE_REPLACED

This time he is running for a State House seat vacated when Democratic Rep. Cathy Harvin died. Greene filed the necessary paperwork and the $165 fee with the Clarendon County Democratic Party on December 24, according to county chairman Cal Land. Greene is expected to be one of at least three candidates running in the February 15 primary. The general election is April 5.
END_OF_DOCUMENT_TOKEN_TO_BE_REPLACED

Greene is facing a felony charge of disseminating obscene images and a misdemeanor count of communicating obscene messages from an incident last year in which he allegedly showed such images to a University of South Carolina student in a dorm's computer lab.
END_OF_DOCUMENT_TOKEN_TO_BE_REPLACED

Haley leads Democratic state representative Vincent Sheheen by 9 percent, but 26 percent of Haley supporters and 18 percent of Sheehen supporters say they might change their minds before Election Day in November.
END_OF_DOCUMENT_TOKEN_TO_BE_REPLACED

(CNN) - Jim DeMint and Alvin Greene have some company.

A high school social studies teacher from Greenville, South Carolina will launch a write-in campaign for U.S. Senate this week, CNN has learned.

The goal, said the teacher, Greg Snoad, is to offer Republicans, Democrats and independents "a chance to make a symbolic vote for civil political discussion."

Snoad, who is active in Democratic politics, told CNN that Greene's unexpected victory in June's Democratic primary made the outcome of the Senate race all but certain.

END_OF_DOCUMENT_TOKEN_TO_BE_REPLACED

Washington (CNN) – Embattled Democratic Senate candidate Alvin Greene was escorted from a meeting of the Oconee County Democratic Party on Saturday after police received reports that he and a companion were causing a disturbance.

Greene had been invited to attend the group's routine breakfast meeting, but was disinvited after he was indicted by a grand jury on obscenity charges. But he showed up anyway, and according Seneca Police Chief John Covington, one of his staffers became angry and engaged in an argument with meeting attendees.

According to the police report filed after the incident, Greene's companion, Dottie Sue Maggart-Feldman, argued with several members of the breakfast party, but that the altercation did not turn violent.

END_OF_DOCUMENT_TOKEN_TO_BE_REPLACED

Senate candidate Alvin Greene howled at a reporter on Saturday.

(CNN) - In another strange moment in the Alvin Greene saga, the South Carolina Senate candidate attempted to drown out a local news interview with his brother by howling at the reporter from his front door.

Rad Berky, of CNN affiliate WCNC, spoke to Greene's brother following the candidate's indictment on a felony charge of obscenity.