McCain: Western Pa. 'most patriotic' part of the country

[cnn-photo-caption image= http://i2.cdn.turner.com/cnn/2008/POLITICS/10/13/campaign.wrap/art.mccain.gi.jpg caption="McCain said Tuesday Western Pennsylvania is the "most patriotic" part of the country."]MOON TOWNSHIP, Pennsylvania (CNN) - John McCain attacked Barack Obama in Western Pennsylvania Tuesday over a surrogate's comments that some of the area's residents were racist, telling locals the region was "the most patriotic, most God-loving" part of the nation.

“I think you may have noticed that Senator Obama’s supporters have been saying some pretty nasty things about Western Pennsylvania lately,” he said, to loud boos from the crowd.

Pennsylvania Rep. John Murtha, who supports Obama, was quoted in the Pittsburgh Post-Gazette saying there is "no question that western Pennsylvania is a racist area," and predicted that those attitudes could cost the Illinois senator on Election Day.

“I couldn't agree with you more than the fact that Western Pennsylvania is the most patriotic, most God-loving, most patriotic part of America, and this is a great part of the country,” McCain said Tuesday, to cheers.

END_OF_DOCUMENT_TOKEN_TO_BE_REPLACED

[cnn-photo-caption image= http://i2.cdn.turner.com/cnn/2008/images/10/21/art.rendell.gi.jpg caption="Rendell wants Obama to come back to Pennsylvania."](CNN) - Pennsylvania Gov. Ed Rendell has sent two separate memos to the Obama campaign in the past five days requesting that the Democratic Presidential candidate—as well as Hillary and Bill Clinton—return to campaign in Pennsylvania, Rendell told CNN's Gloria Borger.

Rendell said the McCain campaign is clearly making a push to win Pennsylvania, given the recent visits by the Arizona senator, his wife and his running mate. As a result, he wants Obama to appear in western Pennsylvania, Harrisburg and one more “large rally” in Philadelphia. Democrats generally worry that the race is significantly closer than what recent polls have suggested. According to Rendell, there is also worry among Democrats the McCain campaign has successfully raised the enthusiasm level among Republicans in the state.

“I don’t want to be selfish,” Rendell said. “But I’m still a little nervous, so I have asked Obama to come back. We understand he’s got demands from 20 different states, but we’d like to see him here.”

Obama's support appears to be weakest in the western part of the state, a region Pennsylvania Rep. Jack Murtha recently called 'racist,' and one where he badly lost to Sen. Hillary Clinton in the Democratic primary.

Obama last campaigned in Pennsylvania on October 11, a week and a half ago. VP candidate Joe Biden made an appearance with Bill and Hillary Clinton in Scranton on October 12. McCain and running mate Sarah Palin have both made visits to the state this week.

“While we cannot deny that race is a factor in this election, I believe we’ve been able to look beyond race these past few months, and that voters today are concerned with the policy differences of our two candidates and their vision for the future of our great country,” he said, in a statement issued by his office.

“Senator Obama has shown sound judgment and has presented us with a change from the failed policies of George Bush and John McCain. I believe he will win both Pennsylvania and the White House.”

Murtha’s apology came after the Pittsburgh Post-Gazette posted a story on its Web site Wednesday which quotes the veteran Democratic congressman as saying, "no question that western Pennsylvania is a racist area," and predicting that those attitudes could cost the Illinois senator on Election Day.

END_OF_DOCUMENT_TOKEN_TO_BE_REPLACED

Palin on her political future: 'That's a good question'

SCRANTON, Pennsylvania (CNN) - Though her cell phone service repeatedly dropped during her call-in, Sarah Palin made her first appearance on the Rush Limbaugh show on Tuesday, just minutes before taking the stage at a rally in Scranton.

In an unusual moment, Limbaugh asked Palin if she had thought about her "political future beyond this campaign." The vice presidential nominee told the conservative talker and his millions of listeners: “That’s a good question.” But she then quickly re-assured the radio host that her focus was on winning the White House with John McCain on November 4.

“No, because I am thinking about November 4, and I am just so absolutely passionate about the job that we have in front of us from now to November 4,” she said.

For the first time, Palin directly addressed the controversy surrounding ACORN’s voter registration operation, and suggested that the media is trying to cover up the story, despite the fact that dozens of national news outlets are investigating the community organization and Obama’s ties to the group.

“Let’s talk quickly about ACORN and the unconscionable situation that we are facing right now with voter fraud, given the ties between Obama and ACORN and the money his campaign has sent them,” Palin told Limbaugh. “Obama has a responsibility to reign in ACORN and prove that he is willing to fight voter fraud. For shame if the mainstream media were to cover this one up.”

"I will help to create jobs for Americans in the most effective way a president can do this - with tax cuts that are directed specifically to create jobs and protect your life savings," said McCain at a rally in Blue Bell, Pennsylvania.

Most of the new proposals featured a GOP favorite economic tool, the tax cut. McCain proposed cutting the tax rate for withdrawals from retirement accounts to 10 percent, cutting the capital gains tax on stocks purchased and held for more than a year, eliminating taxes on unemployment benefits, and increasing the amount of capital losses from $3,000 to $15,000 which could be deducted from in come in tax years 2008 and 2009.

The plan also featured a guarantee of all savings accounts for a period of six months.

END_OF_DOCUMENT_TOKEN_TO_BE_REPLACED

Clintons campaign with Biden in Scranton

[cnn-photo-caption image= http://i2.cdn.turner.com/cnn/2008/images/10/12/art.bidenclinton.gi.jpg caption="The Clintons and the Bidens campaigned together Sunday."]SCRANTON, Pennsylvania (CNN) – The most powerful couple in Democratic politics came out to campaign with Joe Biden on Sunday - the first joint rally the Clintons have done for the Obama-Biden ticket, and the first time Bill Clinton has campaigned with either of the nominees.

Both Clintons sung the praises of the Delaware senator to a crowd of 6,000, pointing to his accomplishments in his 35-year Senate career and to his roots in this hardscrabble Pennsylvania town that has become synonymous with the blue-collar working class electorate.

“If you had a secret ballot of all the Republicans and Democrats in the Congress,” said former President Bill Clinton, “and you asked them to put two or three names down of the people in the entire Congress who know the most about the economic, political and security challenges of America and the world, his name would be on every single secret ballot.”

Missing from much of Clinton’s eight-minute introduction was Barack Obama himself, the latest in a series of lukewarm statements of support from the former president. Clinton said he would spend the rest of his life thanking those who supported his wife in the primary, and said that she had done more to support Obama than any of the other Democratic runner-ups combined.

END_OF_DOCUMENT_TOKEN_TO_BE_REPLACED

“Senator Obama has done everything he could to bring us to this point. For two years he’s campaigned across the length and breadth of this country and he’s done a great job,” Governor Ed Rendell told a mostly African-American crowd in north Philadelphia. “In the primary, only 53 percent of the registered voters in Philadelphia turned out. Twenty-four days from today, 53 percent will not cut it. It will not cut it if we want to make sure that Barack Obama is the 44th President of the United States. We need to turn out at least 75 percent.”

The homage to the Philadelphia Phillies and requisite cheese steak references aside, Obama stuck to the economic populist stump speech he’s delivered in various battleground states since the financial crisis began.

“We need policies that grow our economy from the bottom-up, so that every American, everywhere has the chance to get ahead,” Obama told residents in Germantown, a Northwest Philadelphia neighborhood. “These are the Americans I’m standing for. These are the folks I’m fighting for. The cops, the teachers, the guys who pick up the garbage, the folks who are mopping the floors at night, the people who are starting a small business the barber shop owner, the hardware store owner, that’s the kind of leadership I’m offering. That’s what I mean when I’m talking about change.

Obama drew thousands at four stops in distinct sections of the city. Crowds jammed his motorcade route screaming, waving and occasionally running in between the cars, creating havoc.

END_OF_DOCUMENT_TOKEN_TO_BE_REPLACED

Rendell on McCain attacks: 'I think they're just stupid'

When asked if he thought there has been any racial undercurrent to the McCain-Palin ticket bringing up issues like Obama’s relationship with 1960s radical William Ayers, Rendell shook his head.

“Not particularly. I think they’re just stupid, they’re dumb, dumb,” Rendell said of the attacks. “They’re all dumb when people are facing the challenges in their own lives that they’re facing no one wants to hear that stuff it’s just dumb.

"You know tell us what you want to do. If he’s got a plan for the mortgage bailout explain it to the American people that might get people’s interest … but don’t tell us about you know something that happened when Barack Obama was just 8 years of age, it’s just dumb.”

Scenes from the Trail: Palin and Obama cross paths 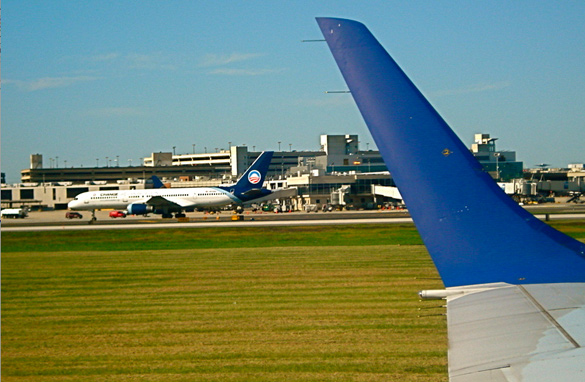 Obama thanks McCain for efforts to 'tone down rhetoric'

[cnn-photo-caption image= http://i2.cdn.turner.com/cnn/2008/images/10/11/art.obamaphi.gi.jpg caption="Obama thanked McCain for his Friday comments."]PHILADELPHIA, Pennsylvania (CNN) - During his four-stop swing around the city of Philadelphia Saturday morning, Barack Obama acknowledged John McCain's efforts to "tone down the rhetoric" on the campaign trail.

"I appreciated his reminder that we can disagree while still being respectful of each other. I've said it before, and I'll say it again - Senator McCain has served this country with honor, and he deserves our thanks for that," Obama told a north Philadelphia crowd, to a mix of heavy boos and cheers.

At an event Friday in Minnesota McCain referred to Obama as a "decent person," and praised him as a "family man" after two voters expressed fear over Obama being elected.

Obama, however, quickly dispensed with polite talk Saturday, and pivoted to his main campaign trail argument: that McCain is out of touch on the economy.

"Senator McCain's campaign manager actually said that Senator McCain wasn't talking about the market because there's just not much a candidate for President can say - and they aren't sure what he'd say each day even if he did talk about it," Obama said.

"But here's the thing Philadelphia. They can run misleading ads, and pursue the politics of anything goes, they can try to change the subject. They can do that what they want to do because the American people understand what's going on - but it's not going to work. Not this time."