END_OF_DOCUMENT_TOKEN_TO_BE_REPLACED

(CNN) - A new poll released Saturday shows the Democratic candidate now has a slight lead – a four point advantage among likely voters – over the Republican in a special congressional election in Western New York that has attracted the national spotlight.

Democrats are hoping to frame Tuesday’s election in NY-26 as the first test of their strategy to make the House GOP budget that includes a plan to overhaul Medicare a political liability for Republicans in the 2012 elections.
END_OF_DOCUMENT_TOKEN_TO_BE_REPLACED 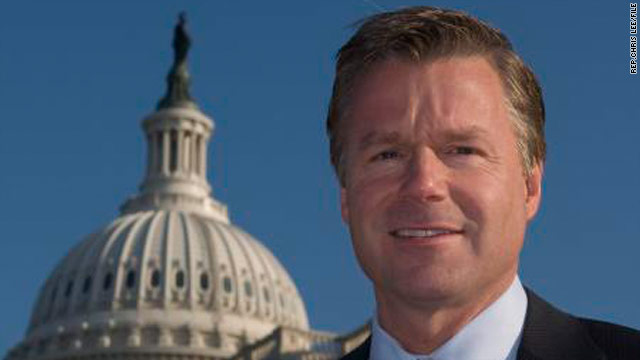 (CNN) – Chris Lee, the New York congressman who resigned his post abruptly last month after it was revealed he had posted shirtless photos of himself on the website Craigslist, is now refunding the money he raised during 2010 and formally apologizing to more than 1,100 donors.

"I regret very much how my actions affected my family, staff and constituents," writes the Republican in a letter that some recipients received last week, according to the Buffalo News. "I make no excuses for my behavior. It was wrong."
END_OF_DOCUMENT_TOKEN_TO_BE_REPLACED

(CNN) - New York Democratic Governor Andrew Cuomo announced Wednesday that a special election for the state's 26th Congressional District will be held on May 24.

The seat was vacated when Republican Rep. Chris Lee abruptly resigned last month, after the website Gawker published an item reporting he corresponded with a woman who posted a Craigslist ad and Lee allegedly sent her a bare-chested photo of himself. Lee, who is married and has a son, was first elected to Congress in 2008. He won re-election last November.
END_OF_DOCUMENT_TOKEN_TO_BE_REPLACED