(CNN) - The Ticker would be remiss if we did not throw ourselves into the latest Washington parlor game of trying to guess the identity of the anonymous author of the soon-to-be-released "O," a self-titled "political novel" that fictitiously forecasts President Barack Obama's upcoming campaign for re-election.

We received an advanced copy so we're giving you a sneak peek – with a little analysis (and read to the bottom because we're offering prizes to the first correct guesses for when the real author is inevitably revealed).
END_OF_DOCUMENT_TOKEN_TO_BE_REPLACED

(CNN) - CNN welcomes Bryan Monroe as editor of CNNPolitics.com. In this newly created role, Monroe will lead the editorial planning and content strategy for CNN’s online and mobile political coverage, expanding the political reporting across CNN.com, The Political Ticker and all mobile products.

Most recently, Monroe was a visiting professor at Northwestern University’s Medill School of Journalism, and is a former president of NABJ, the National Association of Black Journalists. He served as Vice President and Editorial Director at Ebony and Jet magazines in Chicago, leading the coverage of the 2008 presidential elections. He also conducted the first interview with then President-elect Barack Obama following his election victory in November, 2008.

“I am thrilled to be joining CNN and the nation’s ‘best political team,’ particularly at a time when political coverage is at the front and center of the national conversation,” Monroe said. “Helping extend those conversations across the Web and mobile devices is an exciting new challenge.” 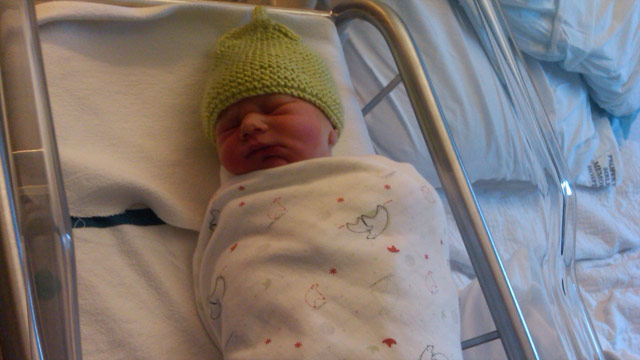 (CNN) - The CNN political unit would like to welcome Nora Catherine Steinhauser to the family. She was born to Paul and Lesley Saturday night at 5:49 p.m. ET and weighs 6 lbs. 9 oz. Everyone is healthy and we await her coverage of the 2036 presidential campaign. Congratulations!