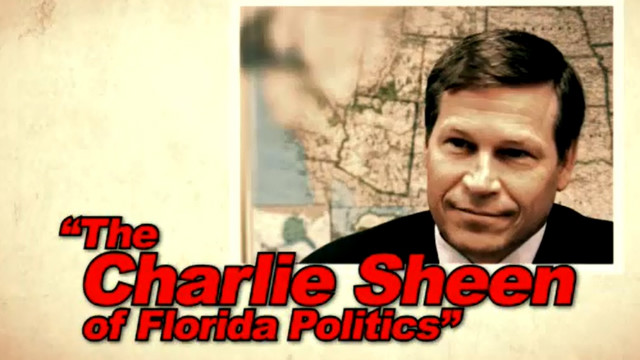 "Republicans call him the Charlie Sheen on Florida politics," a narrator in the ad says. "Congressman Connie Mack IV. His record includes bar brawls, road rage, and resisting arrest. A past of debts and liens. An overdrawn checking account while in Congress. A loan from dad to pay his taxes. His yacht club sued him. The condo association took him to court. Now he's running for Senate. But Florida families can't afford Connie Mack's party tab."
END_OF_DOCUMENT_TOKEN_TO_BE_REPLACED 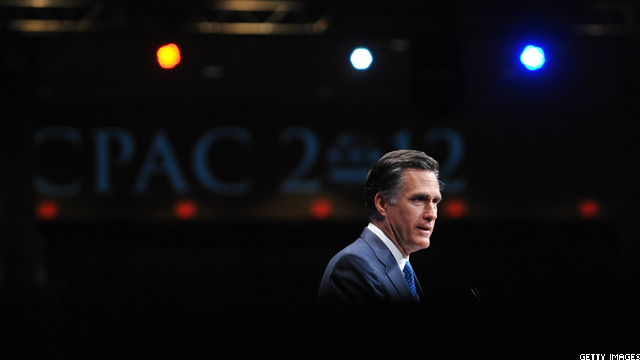 Washington (CNN) - It's "lull week" in the Republican presidential campaign, an 11-day stretch with no primaries or caucuses and no debates, but lots of questions about who will eventually win the nomination to face President Barack Obama in November.

The topsy-turvy race has seen leaders come and go, with presumptive frontrunner Mitt Romney receiving steady but so far somewhat stagnant support in his second bid for the GOP nod. 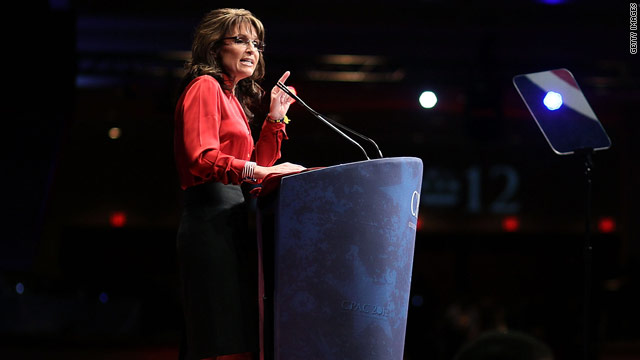 Yelling, “Get out of here (expletive),” Christopher Renner, a 30 year old accountant from Tyson’s Corner, Virginia, leapt from his seat inside the main ballroom and ran in the general direction of the commotion.
END_OF_DOCUMENT_TOKEN_TO_BE_REPLACED 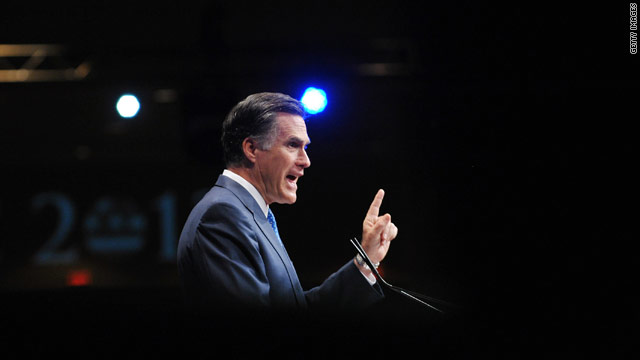 Romney, the former governor of Massachusetts, took 38% of the vote in the poll. Former Pennsylvania Sen. Rick Santorum received 31%, former House Speaker Newt Gingrich was at 15% and Texas Rep. Ron Paul stood at 12%.

Washington (CNN) - Sarah Palin issued a warning to Mitt Romney Saturday, calling on the former Massachusetts governor to do a better job explaining his record to conservatives or risk dampening voter turnout in November if he wins the Republican presidential nomination.

In an interview with CNN and The New York Times before her speech to the Conservative Political Action Conference in Washington, Palin said she was confused by Romney’s declaration here on Friday that he was a “severely conservative Republican.”
END_OF_DOCUMENT_TOKEN_TO_BE_REPLACED 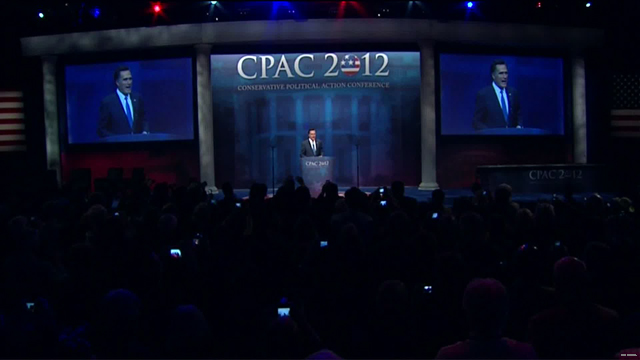 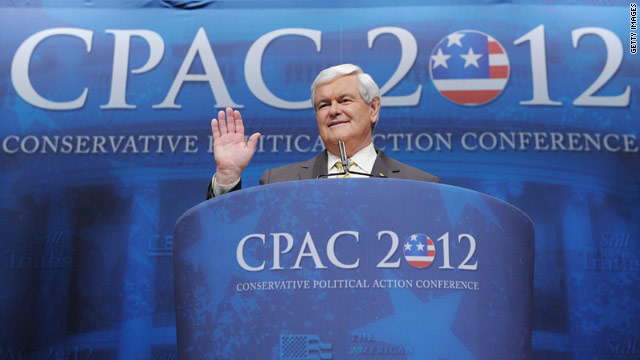 Washington (CNN) - Rick Santorum made one thing clear at the Conservative Political Action Conference: he's not running for vice president.

The insurgent GOP contender and his entourage stormed into CPAC ready to rumble with Mitt Romney. Santorum's haymaker of the day was aimed at the former Massachusetts governor's health care plan.
END_OF_DOCUMENT_TOKEN_TO_BE_REPLACED

Washington (CNN) - As he continues to fend of questions about his core convictions, Mitt Romney aggressively defended his conservative credentials Friday at a major gathering of right-leaning activists in Washington.

Addressing the Conservative Political Action Conference, Romney described his record in Massachusetts in almost startling terms, calling himself "a severely conservative Republican governor" who stood firmly with social conservatives in the fight against same-sex marriage and abortion.
END_OF_DOCUMENT_TOKEN_TO_BE_REPLACED 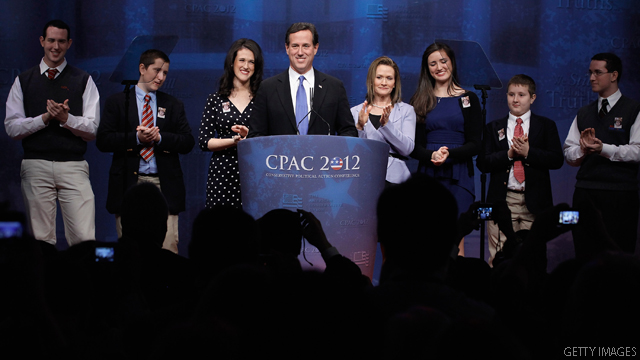 "They believe rights come from government," he said, with his family on stage. "The most important one they've been able to shove down the throats of the American public is the right to health care."
END_OF_DOCUMENT_TOKEN_TO_BE_REPLACED