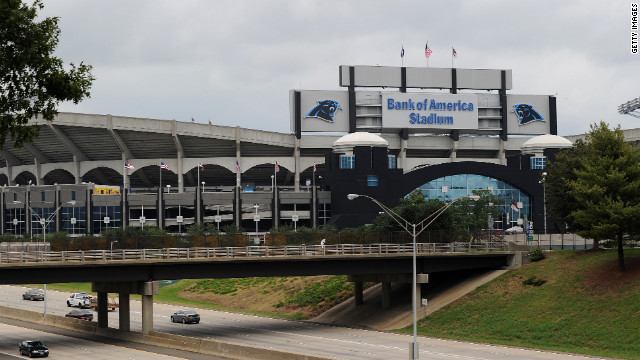 (CNN) - Despite forecasts of rain and possibly storms in the evening Thursday, the precautionary move of President Barack Obama's acceptance speech from a large outdoor venue to a smaller arena appears to have only avoided a few rain drops around the time of his remarks but did dodge a heavy afternoon downpour.

On Wednesday, convention organizers canceled plans for Obama to deliver his speech at the Bank of America stadium in Charlotte with over 65,000 people in attendance citing concerns over thunderstorm forecasts and providing for the safety of the many people expected to be in attendance.
END_OF_DOCUMENT_TOKEN_TO_BE_REPLACED

Romney message on Obama speech: 'A new direction vs. more of the same'

(CNN) - Responding to President Barack Obama's convention speech, Republican presidential nominee Mitt Romney said the difference in the race is the choice of "a new direction vs. more of the same."

The message was reflected in a statement issued by the Romney campaign, as well as a separate Romney campaign messaging memo to surrogates obtained by CNN Political Reporter Peter Hamby.
END_OF_DOCUMENT_TOKEN_TO_BE_REPLACED

(CNN) - President Barack Obama will lay out a choice between himself and Republican challenger Mitt Romney, and set goals for a second term - should he be reelected - according to a transcript of his remarks to the Democratic National Convention released Thursday.

"We can help big factories and small businesses double their exports, and if we choose this path, we can create a million new manufacturing jobs in the next four years," Obama will say.

Biden to Democrats: 'We're on a mission'

(CNN) - In his remarks to the Democratic National Convention on Thursday evening, Vice President Joe Biden said he had come to "take you inside the White House to see the President as I see him every day."

His remarks, as prepared for delivery, after the jump.
END_OF_DOCUMENT_TOKEN_TO_BE_REPLACED

Charlotte, North Carolina (CNN) - Former U.S. Rep. Gabrielle Giffords made an emotional return to the political stage Thursday night when she led the pledge of allegiance at the Democratic National Convention.

Giffords, who stepped down from Congress in January to focus on her recovery from a shooting that left her grievously wounded, walked out with good friend Rep. Debbie Wasserman Schultz by her side.
END_OF_DOCUMENT_TOKEN_TO_BE_REPLACED

Spotted: Celebrities turn out for DNC

Charlotte, North Carolina (CNN) - What do Harry Reid and Wil.I.Am have in common? Well, like Common (the rapper), they and dozens of other big-name celebrities are in Charlotte this week for the Democratic National Convention.

Even though President Barack Obama's big acceptance speech was moved indoors due to weather concerns, Thursday night is expected to be the big night for stars to shine. 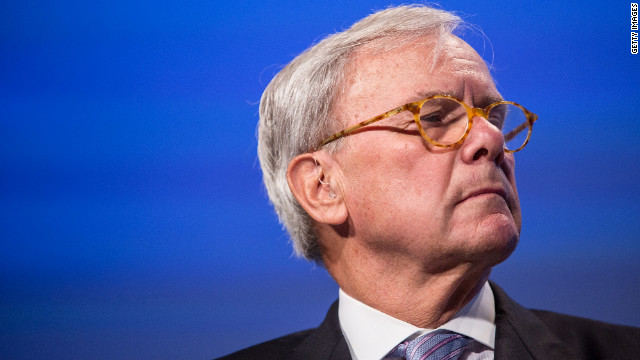 Brokaw found 'in great health' after being taken to hospital

A spokesperson with NBC said Brokaw felt "light-headed," and later Thursday, Brokaw said he "mistakenly took a half dose of Ambien," tweeting that it caused him to make "less sense than usual."
END_OF_DOCUMENT_TOKEN_TO_BE_REPLACED 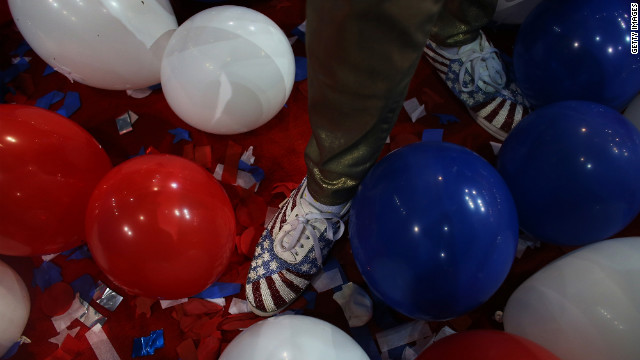 The 1956 Republican gathering that re-nominated Dwight Eisenhower marks the first time that newspapers mention a balloon drop at a convention. The Republicans have staged a balloon drop at every convention since then - an unbroken record of 15 conventions, including this year's meeting in Florida when about 120,000 balloons and 500 pounds of confetti were dumped on delegates from the rafters of the Tampa Bay Times Forum.
END_OF_DOCUMENT_TOKEN_TO_BE_REPLACED

(CNN) - President Barack Obama will set a goal of creating 1 million new manufacturing jobs over the next four years and doubling exports during the next two years, according to excerpts of his speech to the Democratic National Convention released Thursday.

Excerpts: Obama to lay out 'clearest choice of any time in a generation'

He will set a goal of reducing the deficit by more than $4 trillion over the next 10 years, according to the excerpts. Obama will also set a goal of halving net oil imports by the year 2020 and supporting 600,000 natural gas jobs by the end of the decade.

As part of a number of goals President Barack Obama will outline in his formal acceptance speech on Thursday, he will aim to cut the growth of college tuition in half over 10 years, according to excerpts released by the campaign.

Excerpts: Obama to lay out 'clearest choice of any time in a generation'

(CNN) - President Barack Obama, in his speech at the Democratic National Convention Thursday, will lay out a "choice between two fundamentally different visions for the future," according to advance excerpts released by his campaign.