Obama to young Hawaiian: 'You have a birth certificate?'

(CNN) - What does President Barack Obama ask when he meets another native of Hawaii?

About their birth certificate.
END_OF_DOCUMENT_TOKEN_TO_BE_REPLACED

Trump urges GOP to be 'mean as hell'

(CNN) - Accepting the Sarasota GOP "Statesman of the Year" award Sunday night, real estate titan Donald Trump had some fighting words for his Republican friends this fall–and said them without a hint of irony.

"I hope they are tough as hell and mean as hell and they fight fire with fire. And if they do–and if they're smart because it's all about being smart–we're going to have a great president of the United States," Trump said at the event.
END_OF_DOCUMENT_TOKEN_TO_BE_REPLACED 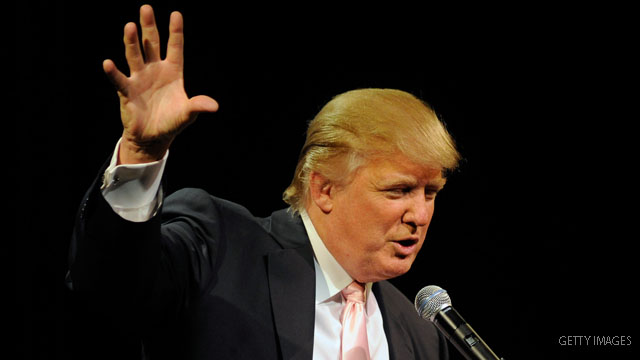 "Mr. Trump's role will occur at the Tampa Bay Times Forum (site of the convention), though the specifics of the role are not being released at this time. The role, like Mr. Trump, is unique and will be memorable for all those in attendance at the convention and those watching around the country. Stay tuned," Executive Vice President and Special Counsel Michael Cohen told CNN.
END_OF_DOCUMENT_TOKEN_TO_BE_REPLACED

Trump to receive local GOP award ahead of party convention

(CNN) - Business mogul Donald Trump will be recognized as the 2012 Statesman of the Year by the Sarasota, Florida, Republican Party the day before the Republican National Convention opens in Tampa next month.

Tickets for the August 26 dinner go as high as $1,000 per person, which include a private meet-and-greet with Trump, according to an invitation flyer for the event.

END_OF_DOCUMENT_TOKEN_TO_BE_REPLACED 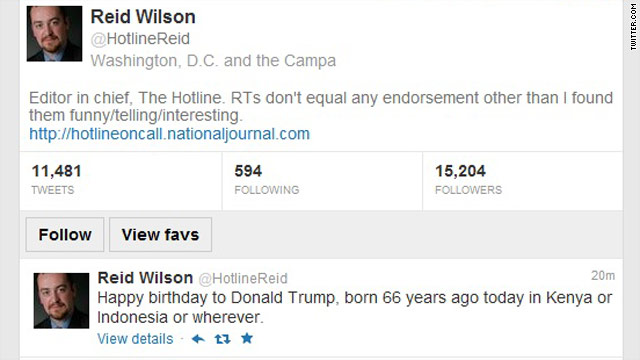 (CNN) - Some at the North Carolina state Republican convention may have chosen chicken or fish. But Donald Trump served up all red meat in his keynote dinner address Friday evening.

Trump, a high-profile supporter Mitt Romney, transitioned from effusive praise of the party’s presidential candidate to questions about President Barack Obama's birthplace and an oblique suggestion that waging war with Iran may be "good politics" for someone seeking reelection.
END_OF_DOCUMENT_TOKEN_TO_BE_REPLACED 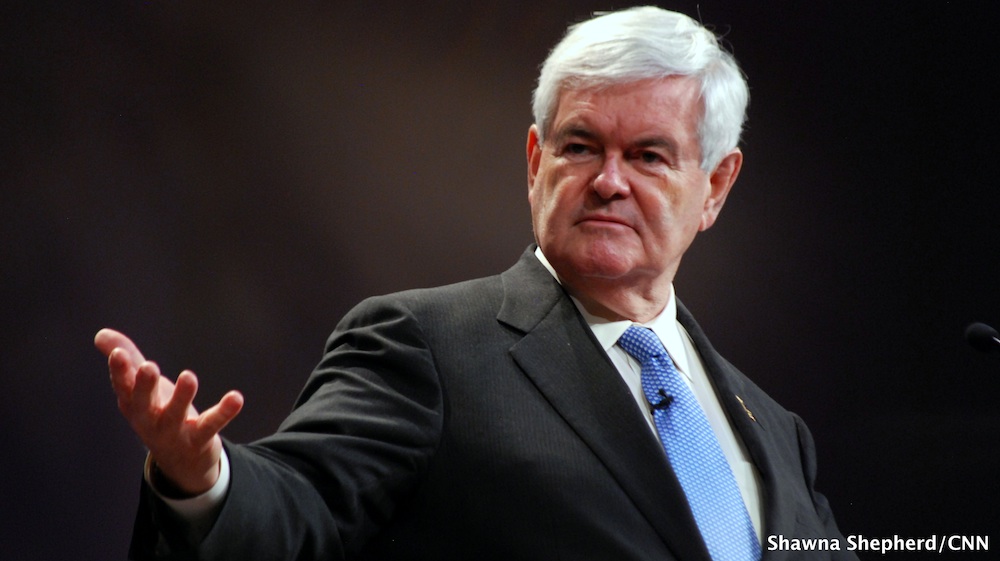 "Gov. Romney's not distracted," Gingrich said in Las Vegas. "The Republican Party's not distracted. We believe that this is an American-born job-killing president. Other people may believe that he was born somewhere else and still kills jobs, but that's an argument over background."
END_OF_DOCUMENT_TOKEN_TO_BE_REPLACED

Blitzer and Trump go at it over Trump's 'birther' claims

(CNN) - Donald Trump did not back down Tuesday from his questioning of President Barack Obama's birthplace, instead arguing heatedly with CNN's Wolf Blitzer that "a lot of people do not think it was an authentic certificate," though he declined to offer names of experts who agree with him.

The issue of Obama's birth - litigated in the 2008 presidential campaign, then settled when the Obama White House released the longform version of the certificate in April 2011 - is being brought to the fore in no small part by Trump, who is also set to fundraise alongside presumptive Republican presidential nominee Mitt Romney Tuesday evening.
END_OF_DOCUMENT_TOKEN_TO_BE_REPLACED

(CNN) - Donald Trump did not back down on Tuesday from his questioning of President Barack Obama's birthplace, which, paired with the Obama campaign highlighting Trump's remarks, served to keep the issue alive on the day he is to fund-raise alongside presumptive Republican presidential nominee Mitt Romney.

"I've never really changed. Nothing's changed my mind," he said on CNBC of his skepticism toward Obama's birthplace.
END_OF_DOCUMENT_TOKEN_TO_BE_REPLACED